Word of the Day – “verpeilen”

A quick look at the common colloquial German verb "verpeilen" and what it has to do with targeting and water levels. 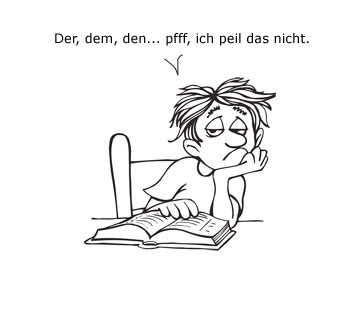 and welcome to our German word of the Day. And after last our intense look at auf last fart-night this time we’ll take it easy and…  Wait, I meant fortnight. Fart-night is what I had yesterday. Beans for dinner
you know.
So yeah, obviously we’ll definitely take it very easy and and have a look at a cool little word that’s 100% colloquial. So you won’t find it in newspapers and definitely not in your textbook.  Get ready for a look at

Peilen originally was seaman’s language and it is based on the noun der Pegel. Not much is known about the origin of it but we do know that it’s related to pail, a rare English word for a bucket, and that at its core, a Pegel was about   the following: “how high a liquid is“. Sounds rather specific and strange but think about,  for seamen that was actually an important thing. In shallow waters, it does matter how much water there is under the keel and on open sea it does matter how much rum there is in the barrel.
Pegel has broadened a little bit over the years but water and alcohol are still the most important contexts for it.

Now, the verb peilen was originally about the act of gaugeing the Pegel. But the sailors soon started using it for other measurements, too,  and over time it shifted focus a bit toward the idea of direction. There’s a nice figure of speech that captures the vibe of peilen pretty well… über den Daumen peilen. It expresses the idea of giving a rough estimate for something.

Just think  of a sailor pinpointing the position of the ship by looking at the stars over his thumb. There’s a fair chance to get off course a bit. And that brings us to verpeilen. The ver- adds its notion of wrong to the direction-idea of peilen. and in colloquial everyday German it has come to be a very very common option for to forget.

Wait whaaaaaaaaaaaaat? How did we get to the meaning to forget again?
Well, remember the sailor measuring the position of the ship? And originally, verpeilen simply meant to mis-measure. The step to the colloquial meaning it has today is simply to see your life as ship. And in the example above you just got it a little wrong. You thought you’re merrily sailing toward day off island when you were headed right for working bay. You’ve verpeilt (mis-calculated) your current position, if that makes sense.  That’s the underlying .. uhm… logic and that also kind of helps understand why verpeilen does NOT work for forgetting objects. Like… your phone on the table. Verpeilen only works as a translation for to forget in sense of events or stuff you’re supposed to do.

But the related words are commonly used to express the idea of a general forgetfulness or certain mental confusion.

All these phrasings are super common in daily life among all age groups pretty much and you should definitely add them to your active vocabulary. So next time you forget something or you’re just a little confused, try and use verpeilen. Your friends will be really impressed :)

Cool.
A few more words on peilen before we wrap up. The verb isn’t used much at all, but there are a couple of things worth noting.
First of, peilen can be used as a slangy alternative for to understand. It’s by no means as mainstream as verpeilen though.

And then, there’s the prefix version anpeilen, which expresses the idea of to (roughly) shoot for/aim for something.

And that’s it for today. This was our look at the meaning of verpeilen which went from a noun that was about the very important question of how high a liquid is into German colloquial mainstream.
As always, if you have any questions or if you want to try out some examples with verpeilen, just leave me a comment.
I hope you liked it and see you next time.

Btw: there’s a verb picheln which also comes from der Pegel and which is a slang verb for drinking alcohol. Can you make the connection :)?

anpeilen – aim for
verpeilen – to forget (events, stuff you need to do, NOT objects)
der Verpeiler – person who is forgetful, confused
verpeilt – confused, out of it (not in a serious sense)