hindern, behindern and verhindern are all related to English to hinder, but they all mean slightly different things. And they're all important... 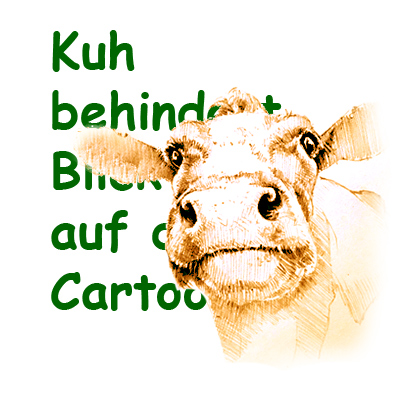 If you’re now like “Wait, that looks like to hinder.”, then you’re spot on.
The two words are brothers and they’re about the same idea.
However, there’s a pretty important difference in how they’re used in a sentence.
The meanings are not a 1 to 1 match either, and most importantly, German also has behindern and verhindern, which are actually more useful and more common than hindern itself.
Because… you know… why have one word when you can have three similar looking ones that all mean slightly different things?
“Uh… because one would be easier to learn.”
Well… yeah.. I mean… German is not really focused on being easy to learn.
It’s focused on stuff like building the longest words, making the longest sentences and having the mostest prefix verbs.
#lifegoals… I guess.

Anyway, today we’ll unpack hindern, behindern and verhindern, and we’ll also talk about what it means to be sentient.
So if you’re ready to jump in then let’s go.

And that is almost too obvious to be true – hindern and to hinder come from an old Germanic root *hind, and yes… that is exactly where English behind and German hinter are from. The original idea of hindern and to hinder was simply putting to the rear, and over time they shifted more toward the metaphorical use. But if we think of a race, the connection between hindering and obstructing and literally being behind is quite obvious, so not much mental gymnastics needed here.

Cool.
Now let’s get to the use and hindern by itself is actually kind of incomplete because it pretty much always comes with the preposition an. So the stump phrase is

And that corresponds to

to hinder someone from doing something

Some of you are probably feeling a bout of confusion rising. Like, why does from translate to an. But the thing is… these fixed combinations of verbs and prepositions are fairly random we just need to think of them as one block.
In English it is hinder from for some reason and in German it’s hindern an, for a different some reason. Like the famous spiritual leader of Buddhism said:

“Using one translation for one preposition is like
expecting a Guru to have just one luxury car.”
Osho

Oh wait… that’s not the quote I meant.
What I meant is this:

“Using one translation for one prepositions is like
expecting a drop of water to be a cloud.”
Buddha

Anyway, let’s look at the phrasing in practice.
Oh and before I forget to mention it – the an goes with Dative case in this phrasing, because… some reason :)

These two are the basic options, so you can either use a noun or a zu-construct. But if you have the choice, the second one will usually be the more idiomatic choice, because German likes to phrase around verbs more than nouns. The first version sounds a bit stiff.
Let’s do another example

Now, I’m not a native speaker, so I might be wrong on this one, but I feel like this phrasing is not exactly common in English. My impression is that using to keep from or prevent would be more idiomatic for such a context.

And in fact, it’s actually not a bad idea to really think of hindern an as a (soft) translation for to prevent. Because hindern an does, for the moment, kind of imply “completion”, or “near completion”.

This means that the app Tinder is effectively preventing me from working, at least momentarily.
Now take this sentence in English

Looks fairly similar to the German one, right?
But the main difference (besides the different grammar) is that this sentence only means that Tinder is having a negative impact on my working, but it doesn’t imply complete prevention.
hindern an is often not a good fit for such “partial” types of obstruction, and this brings us right to the first prefix versions… behindern.

Because unlike hindern an, behindern does NOT have this vibe of preventing. There are many possible translations like to obstruct, to impede or to hamper but the core idea is always creating or putting at a disadvantage.
As most be-verbs, behindern takes a direct object and that can be either the person affected by the hindering or the activity itself.

Oh and the activity can also be connected via bei. Yes, for hindern it was an, for behindern it is bei because [German Server responded with: 404, invalid request].

Besides behindern, German also has erschweren (make harder) and stören (disturb), which can mean the same and which are sometimes synonymous.
But at least if the hindering is done on purpose, behindern is usually the best choice.

And what’s also important is that behindern, or better the noun die Behinderung and the adjectives behindert are the standard words to talk about human disabilities, in the medical sense.

Now, just to make sure… behindert ONLY means disabled in the medical sense.
So if you were to use it for a disabled phone, that’d sound like your phone has an officially recognized disability. I mean… if AI gets sentient we might get there and our sentient smartphones have all kinds of stuff like dyslexia or crippling anxiety.
Because… you know… we tend to think of AI as this perfect scary thing, that we need to prevent, but hey… maybe truly being sentient actually comes with having doubts and second guessing yourself.
Maybe, instead of fighting evil machine overlords, we’ll be faced with a flood of AI devices that come right out of the factory gate needing therapy and life coaching. A gold rush for Instagram Influencers.
And then you and your phone can go to an Ayahuasca ceremony together and you can hold your phone while it’s purging all its factory trauma all over the meta-verse.
That’d be so cute.

So, I’m not so sure AI is something we need to be scared of and that we need to prevent.
And that brings us right to the other prefix version of hindern… verhindern.

The meaning of “verhindern”

And verhindern is basically the momentary hindering or prevention that we had for hindern an, but made permanent.
So verhindern is to prevent in the sense of not just preventing for a moment, but for good.

Now, to prevent and verhindern really do line up quite well, so there is not much to explain or watch out for.
The only thing worth mentioning is one weird use of verhindert.

So literally, the German version says that the boss is “prevented”, but the meaning is simply that he’s busy elsewhere and not available. It is a bit of a clunky phrasing but you might hear it in a more formal contexts.

Cool.
So that’s pretty much it for today.
There are a few more related words in the hindern-family, like das Hindernis, for example which is the obstacle or ungehindert which means unimpeded or without hindrance.
But I think you can understand all of them when you see them in context.
The important takeaways here really are the three verbs hindern an, behindern and verhindern and how  and when to use them, and I really hope that I could clear that up :).
If you have any questions about any of this, just leave me a comment and I’ll do my best to help.
And also, let me know if you’re looking forward to sentient AI or not. It’s a topic I’m really interested in, so if you have some thoughts, I’m happy to read them.
Eirher way, as always, I hope you liked this episode, have a great and not too hot week and I’ll see you in the next one.
Tschüssi :)

hindern an = to hinder someone from, to (momentarily) prevent from
das Hindernis = the obstacle
der Hindernislauf = the obstacle race
ungehindert = unimpeded, unchecked, without hindrance
hinderlich = obstructive, hindering (“hinderlich sein” goes with Dative)

verhindern = to prevent (for good)
verhindert = indisposed, not available (formal sounding term for people who are currently busy elsewhere)