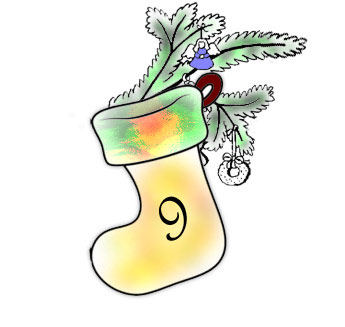 day 9 of the generation defining Advent Calendar, and this time, I’ll want to tell about a neat little tradition about German:

It’s hard to translate Unwort directly, but it is basically a yearly award for a word (or phrase) that pops up and kind of goes “viral” in the public discourse of the year that’s actually kind of an “weird” twist of a phrase.
It exists since 1991 and it was started as the counterpart for the much older Wort des Jahres, but I feel like the Unwort gets a LOT more attention in the media.
How it works is, everyone can submit suggestions together with an explanation why, and then there’s a period of public discussion (though only very few nerds actually participate). And then a jury from German philologists and journalists picks a winne – on January 12th 2021 to be exact.

Now, originally, I just wanted to tell you about the concept of Unwort and then go on to tell you my personal favorites for THIS year.
But it was actually kind of fun to look up the old ones and think about the context they came from. So I decided that today, I’ll give you a few older examples and keep my predictions for another day :).
So yeah… here you go.

Literally, this means “stove prize/premium” and it referred to a program that would pay government money to families who DON’T send their kids to public kindergarden. The official name was “Betreuungsgeld“, which translates to something like “taking care money”. But critics dubbed it Herdprämie, because they argued that it promoted outdated family roles where the woman stays at home (and cooks).
Regardless of what you think about the political side of it … the word is pretty weird :).

This was in the depths of the European financial crisis and translated literally, it means “banks suffering hardship” and it was used extensively in the media. The reason it was selected because it makes it sound as if banks are on the same level as people who don’t know if the money is gonna be enough for the month, when in reality all their managers are fairly comfy financially.

Döner-Morde, literally “kebab-murders”, referred to a series unsolved killings of people with a migration background, spanning several years and the whole of Germany. The 6th victim was shot at his kebab stand and the police suspected that it might be related to Turkish drug cartels. A newspaper coined the term and later it spread throughout the mainstream.
In 2011, by chance, it came out that the by then 9 murders were all committed by a Nazi terror cell, which was also responsible for 45 attempted murders and several bombings.

You all know this one of course, because it is an import from the US. But yeah… “alternative” facts just isn’t a thing, but the concept happily lives on to today.

I hope you have an idea what the Unwort is :).
If you want to know more, you can check out their website. They list all the words since 1991, and often even second and third place, together with a bit of context and why they picked it. It’s all in German, though, so you need to be B2 to read it.

In a few days, I’ll tell you my personal favorites for this year, but if you’re in Germany or if you are following German news, I’d really curious if you have a guess as well :).
And also, let me know if you have something like that in your country. I think it’s a fun little tradition and I’d love to know some examples from other languages.
So yeah… let me know in the comments, have a great day and I’ll see you tomorrow.