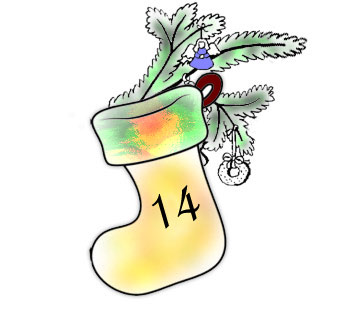 “And the nominees are“

and welcome Epic Advent Calendar 2020, day 14.
A few days ago, I told you about the German tradition of the Unwort des Jahres. If you haven’t read that one… WHAT THE HELL?! Sure, this calendar is for fun – but it’s MANDATORY fun. So you had better read up.

Nah, seriously … the Unwort is a questionable word or phrase that was part of the public discourse and it gets elected by a jury every year. If you want to know more and see some examples, you can find the my post here:

Today, I want to give you my three personal favorites for this year, the year of the 2020.
They’re actually all revolving around the same topic and I think you all guessed what that is… the pandemic of course.
So here we go.

My suggestion number one is:

Hinterfragen isn’t a new word. It means second guessing some information about the world that someone tells you – for instance the media or a book. And for a long time that was actually GOOD thing.
But of course hinterfragen is also really great word for you if you want to convince someone that what they assume to be reality is… false.
“The earth is round? Well… how do you know?! You just believe what THEY tell you in school. You need to hinterfragen.”
People who believe in one or the other conspiracy have always used the word as part of their line of argument. But this year it, with the pandemic, it got out of hand.
People who believe that Covid is either a hoax or not a big deal have occupied the word and they throw it in your face in pretty much any Facebook comment. The original sense of being critical and consulting several sources has disappeared.
Now it basically means this:

“Watching Youtube videos and BELIEVING everything they say there because it feels right.”

And there’s a subtext of “I am smarter than you, by the way.” in it, as well. People who use hinterfragen these days feel quite superior to the “normies”. And also, in Germany, they’re CONSTANTLY guilt-tripping others by saying if they don’t “hinterfragen”  then they’re like the Germans in the Third Reich, who pretended to “not know what’s going on”.
So yeah… I hate hinterfragen now. Thanks for ruining a nice word!!

Luckily, they invented a new word – a quite funny one and my suggestion number two:

Schlafschaf literally means “sleep sheep” and I think you might be able to guess what it stands for …. everyone who consumes and believes established media of course. The Corona skeptics came up with this very early on and they really like using it in debates on Facebook walls and newspaper comment threads. And even though it is meant as an insult, I have to give credit where credit is due… it’s catchy, it’s funny and it’s cute. A title I can wear with pride.
I’m not so sure the skeptics are as satisfied with the term they got assigned. Which brings us to my third favorite Unwort of the year.

Had you asked me what schwurbeln means a year ago, I would probably told you to think of an old, crazy magician who is murmuring to himself in the study room. But this year, the verb truly found a new calling – describing the people who destroyed “hinterfragen”.
All these Youtube “journalists” and “doctors” and “experts” who know everything better than the thousands of professionals who don’t have a Youtube channel.

“I am the leading expert in the field (and for some reason no one consults me) and the PCR test is actually worthless because it has a 1% error rate and if you have very few infected and you test a lot you only get false hits and also, most people who died didn’t die from Corona-virus but from a thrombosis and also they were of advanced age so they would have died soon anyway and blah blah blah our freedom blah blah blah like in the third Reich blah blah blah”

Schwurbeln is the PERFECT word for that .. a stream of half-truths and lies with a “scientific” and “democratic” veneer that just keeps rolling and rolling and rolling and if you present an obstacle (some arguments), then it just rolls around it or shifts direction. Or it stops for a few minutes and you think it’s over but then it starts up again from the beginning.
The verb is schwurbeln and the is Schwurbler and you can make nice new words like Schwurbelgruppe (Facebook… I mean Telegram group of Schwurbler) or Schwurbeldemo (protest by Schwurbler). The words are pretty much mainstream at this point and I absolutely love them, because they just perfectly capture in sound what they stand for.

So there they are. These are my personal two favorites for Unwort of the year 2020.
What about you? If you’re in Germany, I’m sure you’ve heard about them, so how do you feel about them? Or do you have other suggestions?
And to all of you out there, are there equivalent words in your language?
Let me know all your feedback in the comments.
Have a great day and see you tomorrow.

Oh and just to make sure… I don’t want to discredit people who are skeptical about the handling of the pandemic. It’s complicated and there are no easy answers. I’m just sick of people telling me that I am not hinterfragen enough just because I think their arguments are false.