Advent Calendar 16 – “What is short and unfunny?” 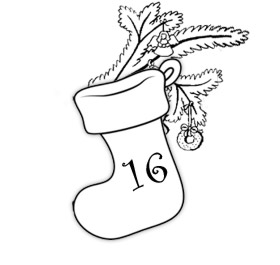 it’s the 16 December, and today we’ll look at something truly sad.

Yes, jokes. Just because Germans can’t laugh that doesn’t mean that they can’t have jokes. They have lots of them. At least a dozen. And because a dozen  is WAY too many for one article, we’ll focus on one particular genre. A genre has jokes so flat, it makes a phone company look like the Himalaya.
Uhhhh. Yeah, THAT flat.
I’m talking about what I call “Was ist”-Witze. Here’s an example:

What’s white and rolling up the mountain?
A homesick avalanche.

First time I played cricket by the way. Badum tish.
And if you think that’s unfunny than you REALLY won’t have a problem making a Merkel face in a minute when you see the ones I want to show you. A sub-genre of what-jokes so to speak. In every sense of the word, because they’re so sub, they make U96 look like a plane (uhm… you can look that up later).
I’m talking about “What-is” jokes that are based on wordplay – German really likes those.
So here we go.
Can you figure out the joke :D?

Was hat Haare und liegt in der Pfanne?
(What has hairs and is lying the frying pan)
Bartkartoffeln.


I know, I know… they’re really stupid. But they’re also kind of surprising, which makes them more enjoyable for me than many other jokes.
I feel like Germans really have a soft spot for these kinds of flat wordplay jokes.
And the best thing is, everybody can come up with new ones. And that’s where you come in.

I hereby challenge you to make up your own joke. That’s what you gotta do to maybe win today’s giveaway.

Come on. You totally got this. If you think “My god, this is the dumbest joke I ever heard.” then it’s probably just about right :).
So go ahead, and put your jokes in the comments. And also, how is it in your language? Do you have these What-is-jokes? And do you have these word play ones? And maybe the most important question… do you find them funny? Let me know in the comments below.
Hope you had some fun. I didn’t. But that’s because I’m German so I can’t.
Have a great day and I’ll see you tomorrow.

What is soon in the White House and makes “Kind of Blue”?