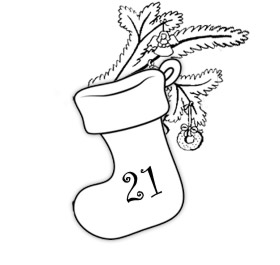 in the Arctic there are ice breakers, on Tinder there are heart-breakers and behind door 21 there are….

Yeah. And this time it’s crunch time for me.
And the first on is one of the oldest Zungenbrecher known to man. It’s of Germanic origins which is why it works in German and English and most likely Swedish and the other Germanic languages. It’s said that Cesar tried to say this to show the Germanic tribes the superiority of the Roman tongue. But he failed and was laughed at by all the elders – a humiliation he tried to wash out by crossing the Rhine.  I really didn’t pay much attention in history class though, so I’m not sure if this is accurate.
Anyway, here it is:

Phew, not easy. All these archaic sounding words :).
All right.
The next one is a bit particular in that it it’s not about chunks of consonants.

I mean… there’s not even one r or one s or ch in the whole sentence  and yet it’s actually pretty tough, at least when I try to say it fast.
Not as tough as the next one though, which is also among the most well known German tongue twisters. It tells us about  red cabbage, a wedding dress and the perpetualness of things.

t’s really weird. Like… in a normal sentence, the word bleibt isn’t a problem but here it totally messes me up.
This Blaukraut one has been my “favorite” for years and I always said this is the most difficult one. But then everything changed. I was  in the library reading through old books in preparation for this calendar. It was almost midnight and I had almost concluded my research about tongue twisters when I suddenly noticed an tiny old booklet on my desk, the edges frayed the pages yellowed. I could have sworn it hadn’t been there a minute ago, but a part of me felt drawn to it so I opened it. All pages were empty but page 666. And there it was. A tongue twister. THE tongue twister. My tongue twister reckoning. I slammed the book shut but what was seen cannot be unseen.
Okay seriously… this one is like Blaukraut on Steroids. It’s  got the same difficulties but it cuts out all the non difficult parts and it is REALLY REALLY hard for me.
I’m only gonna try the fast one, three times.

Oh….uhm… I lost it a bit, I guess. Sorry for that :). But yeah, this one is the hardest I know and I don’t think there’s a harder one in German.
So… these were some more German Zungenbrecher.
What did you think? Are they as difficult for you, as they are for me? Or can you just breeze through them? And do you know others in German that are tricky? Let me know in the comments and maybe win today’s giveaway.
Schönen Tag euch und bis morgen.