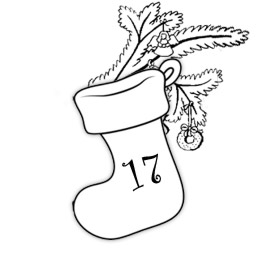 door number 17 of our Advent Calendar, and this time we’re in for … drumroll please…. some serious calories. The traditional German Christmas cake called

Wow, what a name for a pastry. Stollen. Katchung. Sounds uber German. And it’s actually not only the name for a cake, it’s also what mining tunnels are called. How do these two things connect? Well, the origin of Stollen is actually a word we all know really well: stellen (to put). A Stollen originally had the idea of “thing that stands/makes stand” and before it was used for the mining tunnel itself, Stollen was the word for the rough, wooden posts and lumps that were used in mining.

And that’s what probably inspired people hundreds of years ago to name their cake-bread after it – because Stollen isn’t an elegant, noble cake. Not at all. It’s a bulky lump. And it’s super heavy, too. Like… the average weight of one pound of Stollen is 2.3 pounds. I know, sounds surreal, right?

Stollen is made from a yeast dough with wheat flour and plenty of fat. And sugar of course. It often contains raisins and it is usually covered by a THICK layer of powder sugar, which will cover your shoulders with a white layer – just like snow.
There are several variations, like with almond, butter, marzipan or puppy.
Hahaha… gotcha. I mean poppy of course.

Is Stollen tasty? Well, yeah usually it is. But as I said before, it’s suuuper heavy so it really stuffs you good. In combination with some Glühwein, which contains WAY more sugar than you’d ever want to know, you’re pretty much good with calories for the day. But hey, it’s called Girthmas for a reason, right?

Most people eat Stollen only around Christmas but then it is absolutely mandatory. Like… if you haven’t eaten at least one slice, you failed Christmas. 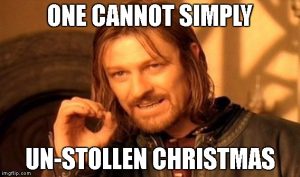 So… better have some Stollen ready.
Or else!!!
And to make sure you have some, here’s two generations explaining how it’s done. And oh my god, they’re super lovely. Check them both out :).

So that’s it for today. How about you? Have you had Stollen before? And did you like it? Do you have Stollen in your country? How is it called? Let me know in the comments below and win today’s giveaway.
Viel Spaß mit den Videos und bis morgen.

Haha ……..I was being facetious , because of your love for Katzen :-) Leftover, unsold Stollen probably in storage room for next Christmas :-)

Oh I do. Much love for my brethren :)

I know Christmas is over, but can you buy stollen at this place?? https://m.youtube.com/watch?v=iNtYHswzFzM

Maybe they have some leftover but I doubt it. They gotta make room for Easter stuff. BTW… Hitler-cat is in the video :D

We call it “Pan dulce” here in Paraguay, but it’s much closer to the Italian Panettone than to the Stollen I think.

Is that one specific baking item or is it a general name for sweetened stuff? I tried looking it up at Google image search and got all kinds of shapes, hence my wondering

I made Stollen with Marzipan for several years in the Midwest of the U.S. I love Marzipan and enjoyed my Stollen. I stopped making it about five years ago because I felt like I was unintentionally forcing people to politely taste it. No one had ever heard of it and no one ever found it to be any more interesting to them than a polite obligation. I didn’t want to just make it just for myself.

That’s kind of a sad story. In Hollywood you would now go on to make one last Stollen and give it to a stranger in the streets who would then turn out to be a famous actress from Germany and she would give you funds to open your own bakery and you would do it and people would flock to your Backstube for your Marzipanstollen.

Since adding that I’ve been to the local supermarket. Smallish by local standards, but one of a major Australian chain. They have this http://www.dresdnerstollen-shop.eu/lang/en/Dresdner-Christstollen-1kg-metaldose.71.html right next to Pfeffernüsse, which we get quite a lot of,
Locally made Stollen is rarer, but can be found in some places, e.g. Perth, Western Australia, where there is this mouth-watering-looking bakery – http://www.littlehomebakery.com.au/ , with some of the things you seem to have on every second street corner in Berlin. Near the bottom of the page “& Much More” is “Christmas Stollen”.

And many thanks for the whole advent calendar, including the exercises. I’m enjoying it very much, and can barely keep up, so don’t know how you manage to produce it. Very much appreciated..

That Dresdner Stollen in the metal box is pretty much the gold standard of Stollen and it’s actually quite expensive here, too, considering that it is “just” cake.
Fun to see that the Gluten free ad on the page of the bakery you linked to. Looks like all those new “Bioläden” in Berlin :)

Henceforth will refer to Stollen as ‘roof support’ – have ours already in stock (Aldi!!) here in west Wales. Love German Is Easy.xx

Aldi (Süd) is in Canberra, too, and other parts of Australia. There’s even one not far from Sydney’s famous Manly Beach. They have Stollen, but it’s been available in Australia long before Aldi found us. Imported ones can be rather old and tired by the time they get here. Panettone, the lighter Italian fruity Christmas bread that tends to come in a fancy cardboard box, is probably more widely available.

Yorkshire folk eat Christmas cake (dense and fruity) with cheese. Preferably Wensleydale – the one made even more famous by Wallace and Gromit. Apparently originally a blue cheese and a blue variant is being produced again.

Omi’s smattering of English is one thing. Her use of baking powder instead of yeast quite another. It surely produces quite a different result and won’t be such fun to make, either.

Wow, Aldi in Australia… weird!!! It’s such a German store in a way (the founder brothers were SUPER stingy… Dagobert Duck style stingy)

Christmas Pudding we call it in Australia. I understand the traditional one is hand made and wrapped, tied and boiled in pudding cloth, this is why it is also called boiled pudding.
It is very rich but I don’t think it is as heavy as Stollen. Many years ago they put small silver/copper coins into the dough. It is prepared well in advance and served with warm custard. Tastes delicious but it takes a lot of effort to burn those calories.
Nowadays, we find all sort of Christmas Puddings but their flavor and consistency varies.

Yes, many times. It’s sort of like a German version of the Italian Panettone. Sounds like Stollen could have the reputation often applied to fruit cake in the US.

I think Panettone is MUCH lighter though (not in calories, just in density :)

That’s heresy. How can you hate Stollen?! I will tell Boromir.

We have Stollen in England. You can buy it everywhere; supermarkets, bakeries and general shops selling packaged xmas gifts. Ich finde Stollen schmeckt nach mehr. If that didn’t make sense I meant Stollen is MOREISH! mmmm….

And is it called Stollen?
Oh, “Stollen schmeckt nach mehr” is perfectly idiomatic, by the way :)

Yes, it’s always called stollen. Had no idea what it meant until this article though! Thanks!

Fun bit I didn’t mention in the article: Stollen is also the word for these sort of spikes on socker shoes
The connection to “stehen” is pretty obvious here :) 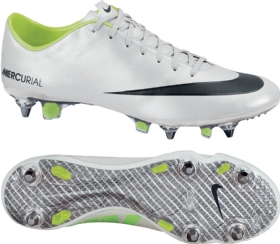 Thanks for sharing; the connection between the words is very interesting. In England we call them football or soccer (US English) studs. If talking about football, it’s quite common to refer to football boots as studs. Likewise, golf shoes are often referred to as spikes (they have pointed tips). Another common use of the word stud is to refer to a type of wall construction called ‘stud block’. Seems to be a strong link here as well to stehen!

Yeah, I know for a fact that “stud” is also part of the family. I have it in some article but I don’t remember which one it was. The German word “Stute” (the brother of stud) is a female horse, and the word originally meant “place where horses stand”)

For some reason she is using English words here and there. They’re not the usual words. Maybe the video was meant for someone in her family who has an English speaking background

Oh and the fruitcake looks completely different. Is it the same dough? And do you actually call it Stollen in Texas?

I wouldn’t be surprised if there are places in Texas where you can find Stollen by that name – from the town where the Collin Street Bakery is (and their fruitcake is SERIOUSLY good, only good fruitcake I’ve ever had) west and south is a region with very strong German and Czech heritage, so there are quite a lot of bakeries and things with Old World specialties.

I’ve found actual Stollen in Aldi in Dallas, at any rate. Glühwein too.

It was pretty surreal, but yeah, Aldi was our nearest grocery store when we lived there – it was within walking distance, which almost nothing in Texas ever is. :) American Aldi tends to be way nicer than the ones here, too.

I was at Aldi in Greensboro NC and that was like 30 minutes driving and the classic card board Aldi like it was back in the day here (not like now, they’re trying so hard to be fancy). But really really cheap there, almost worth the drive.

Yes, you can find Stollen in the US. The one thing I REALLY don’t miss :-)