A fun look at the meaning of “der Spaß”, the various idiomatic phrasings like “Spaß machen” or “viel Spaß” and we’ll learn how to say “It was fun.” in German (#notLikeEnglish) 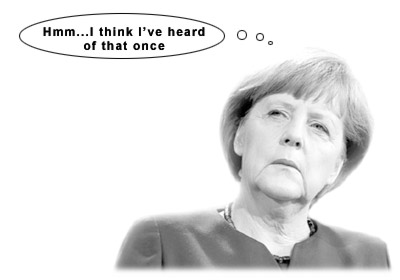 and welcome to our German Word of the Day. And this time we’ll have a lot of fun because we’ll take a thorough look at

Now you’re probably like “Wait. Spaß means fun. That sounds like kind of a boring topic.”
Of course you’re right. Spaß means fun. What’s interesting is the use. The word fun is the core of a bunch of super common expressions. The word Spaß is also used in a bunch of super common expressions. The problem is… the expressions do not look the same. You cannot just take an English expression and use the direct translation. That would sound really really clunky and sometimes it might even mean something different than the English version. For example, when you say

Okay… I’m being silly. Of course it’s not THAT different. But still, there are some notable differences so today we’ll take a look at how to use Spaß properly.
Sounds fun? Awesome.

Maybe a quick look at the history of the word first. Spaß. Sounds like a typical German word to me. Shbuuuuus. I would have never expected it to come from melodic, elegant Italian. But apparently it does. Spaß is the germanized and clunkyfied version of the Italian spasso. Spasso, which means fun, entertainment, comes from the Latin verb expassare which is a version of expandere. So that means Spaß is related to to expand. I think the idea is that if you’re having fun, you kind of let go. You’re not as up tight and constraint as usual, if that makes sense. But at least in German absolutely no one is aware of that connection. Der Spaß is just a word.
All right.
Now, just as German and British and American humor are different (German doesn’t have any), so is the way the languages use the word for Spaß. That’s why we’ll now look at the most important phrasings one by one and see how to say it in German.
And the first one is also the biggest difference.

This one is incredibly common in English.

In German, doing something isn’t fun… it makes fun.

And if you want to include a person who is having the fun you’d use mir or dir or ihm. Then, the best translation is actually to enjoy.

Here are some more examples

Note that in the last example Thomas is NOT the subject. It’s the project that makes the fun. Thomas is just receiving it.
Now, Spaß machen actually doesn’t have as broad a use as to be fun. It only works if it is some sort of activity you’re talking about. So it wouldn’t work for a real object like a movie or a book.

It really depends on what the book was.
What really doesn’t work is Spaß machen for people.

If you want to express that a person is fun you’d say that he or she is cool or something like that. Whatever fits best.

Now, saying “Er macht Spaß” is actually not wrong. But it means that he’s joking.

That’s probably a bit confusing. Generally, the German Spaß is much closer to an actual joke than the English fun.

In fact, it’s enough to just say “Spaß” if you want to tell people that you were joking.

So whenever you say that something is fun, you’re running the risk that it sounds like it’s a joke.
All right. Quick recap… if you want to express that some kind of activity is fun (even if it’s hidden behind a noun), then you’d say

And if you want to make it sound more personal then you can include a Dative pronoun… like mir or dir. Then, the phrase is pretty much to enjoy, just with a twisted grammar.

If you’re talking about actual things like movies or books or about persons you’d say that they’re nice or cool or interesting- whatever fits best.
Cool. Let’s move on to the next one and after being fun comes…

This phrasing is hard to fathom for a German because Germans usually don’t have fun. Just take a look at the official German smiley table:
:( at-work-face, :[ Feierabend-face, :| after-intercourse-face, :) plastic-surgery-gone-wrong-face, :C someone-put-plastic-trash-into-the-bin-for-the-organic-wa… okay seriously, this phrasing does exist verbatim.

But still, in a lot of situations where the focus is on having a good time, people might go a for a different phrasing.

I can’t really give you a rule though.
Anyway, there’s one phrasing that totally doesn’t work in German and that is

Why does it not work? Simply because German doesn’t have the form. Or better, German does have the form but it doesn’t use it that way. Now, having fun is a pretty handy phrase in the internet age but in German you’ll have to do without.

All right.
Last but not least there’s maybe the most important expression with haben.

In German, the standard way to say this is

which is short for

With friends, you could say “Hab Spaß.” as well but at least to me, it sounds a little too caring. Like… “Have fun. And dress warmly!”.
Cool. Now let’s move on to the next common fun-phrasing … or should I say fun fun-phrasing

How to say “a fun thing”

English is really liberal about what kind of word a word is. Fun can be a noun, but it can also be an adjective.

Now, would you say this is possible in German? Of course not. Sure, you could make a compound

but that sounds like the movie is a comedy. It does not mean that the movie gives you a good time.
So how would you say a fun something? Well, you’d just have to be a little more specific an pick an adjective.

It really depends on context. But Spaß itself never ever works.
All right. So these were the three big common expressions or phrasing that I could think of. But of course there are some smaller ones. So let’s look at those too real quick.

We’ve already seen that fun can indeed be made in German, but to make fun of someone is actually not translated using Spaß. Instead, in German you say

This had a score of impressive 81 out of 100 on the Random-o-meter, and for good reason, because the literal translation is

Yeah right.. that makes a lot of sense. Not. I really don’t know how to explain that. But that’s how it’s said.

All right. Next up is the expression

In German this would be

And if funny isn’t the right, well just pick whatever adjective fits best. But Spaß itself never works and Spaß might be understood as joke.
Last but not least there’s just for fun and this one is translated with Spaß.

There’s also spaßeshalber and to be frank I can’t really tell you when to use which. But I think for the most part they’re interchangeable.
All right.
Now let’s switch sides and look at a few common phrasings with Spaß and how those translate to English.

The first one is Spaß verstehen. This expression is even the title of a famous TV show called “Verstehen Sie Spaß?”. It has been around for ages and it’s basically a hidden camera show. Like… you show up to work one day and everyone and everything is just gone. And then you call people and they’re like “What job? No that company was never here.” … they really do do quite elaborate set ups. Anyway, so Spaß verstehen is not about actually getting or understanding a joke, it’s about having a sense of humor.

Now that I think of it, the expression is pretty much always used in the negative. If a person does have a sense of humor you wouldn’t say

So, Spaß verstehen is mostly used in contexts of not having a sense of humor. And in fact that’s also the focus of the next expression. I think that’s a trend. But anyway, the expression is

There’s a verb spaßen in there but I don’t think it’s used anywhere else. It’s definitely very rare. The meaning of the expression is basically that you have to take whatever it is really seriously.

The last expression is

and now it’s officially a trend because this very common phrasing is about drawing a line in the sand where something is not fun anymore.

Now some might be like “Wait, doesn’t the fun actually start with the beer?”. Well, the phrase means that someone takes beer and possibly the production very seriously or there’s some other thing that ruins the fun. Like… you food companies can put your artificial aroma crap into all your stuff, we’ll eat it. But stay away from beer.
Here are some more examples:

And… I think that’s it. Well, almost. I also want to share my favorite Spaß words with you. First, there is the verb bespaßen. Literally, it means to inflict fun on someone and it’s usually used in context where you want to express that you have an obligation to entertain someone. Like… when your family comes to visit in your new town, they do expect you to show them around and spend time with them.

Or a nursery school teacher could say something like this

I don’t know why, but I really like the word bespaßen. But my favorite word is … drum roll…….

And that’s it. That was our look at fun and Spaß and the most common expressions with it and hopefully it was at least a little Spaß. As always, if you have any questions or suggestions or if there are some other phrasings you’d like to know in German just leave me a comment.
I hope you liked it and see you next time.