Advent Calendar 10 – “He who knows who knows” 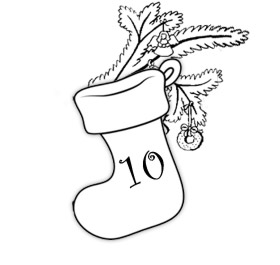 These people who just know everything, and they know everything better and they can’t help themselves but blurt it out there at every turn.
And the two main words for that in German are Besserwisser, which is literally better-knower and Klugscheißer. Smart-shitter. It’s kind of funny if you picture it. Someone pressing out turds of wisdom. Like…
“.. uhhg… ahhh… it’s actually called past participle, not ge-form… and .. ah… hnnnnng…. It’s actually 19:49, not quarter to…. phew. “
Oh, okay, very helpful, thanks

Now, English has quite a selection of translations, if we can trust the dictionary but the two German ones are different in that they’re PURELY negative and pretty strong. Smart ass for instance. My ex-girlfriend would call me that all the time and it was always meant as a praise. Or … wait… was it?
Hmmm…. anyway so yeah. The German ones are purely negative and quite strong. And what’s pretty cool about the German ones is that you can use them in different forms. As a noun describing the thing, as an adjective, even as a verb and a disease.

Sure, they’re all pretty colloquial but they’re also coolloquial. Get it, get it :)?
Now, there’s a third word, that kind of fits in here: der Rechthaber. Rechthaber is also translated as know it all in a dictionary but it’s a bit more specific.  It is not so much about dropping wisdom and actually knowing everything but about winning the argument. A Rechthaber will use even the most abstract argument, the most contrived logic just to prove his point and he can be just as annoying as a Klugscheißer.
And while we’re at it, let’s also mention the German word for nitpicker: der Erbsenzähler. And I have to say… Erbsenzähler is actually the much better word. Counting peas really is kind of a waste of time as there are more efficient ways to assess their quantity. Nitpicking on the other hand, picking nits out of each others hair or fur has had huuuuuuuge benefits in the social evolution of ape and man that go beyond pure hygiene, so it’s actually kind of disrespectful to use this irrefutably usef… what? I’m a smart ass? Compliment accepted. Thank y…. oh wait, you mean I’m klugscheißening. Ohhhhh :).
So that’s it for today. Let me know in the comments below what you think are the best English translations. And also, what’s your impression? Do Germans really have a tendency to be Besserwisser, as the stereotype says? Let me know in the comments below and win today’s little mystery giveaway.
Schönen Tag euch und bis morgen.

Oh and here’s a song about Besserwisser by “Die Ärzte”, one of the most successful German punk bands ever. It’s not very punk-y, this song, but it will get loud at some point :).

You can find the lyrics here.