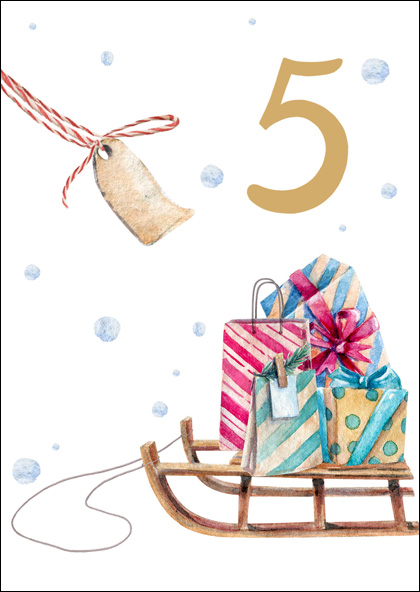 German Advent Calendar, day number 5, and behind today’s door is actually a little correction.
Or let’s say improvement, because it’s not really about a mistake but about a phrasing that many learners use that’s actually not as idiomatic as they think.
Are you ready?
The thing I am talking about is:

Using “scheinen” too much

Yeah… I’m sure many of you are like “Wait, I think that might be me.”
And yes, it’s really a quite common glitch.

So, the verb scheinen means to shine, as in the sun is shining. And it also means to seem. Which makes sense if you think of it in the abstract sense of emitting an aura.

Now, to seem is quite common in English and I’m sure it’s the same for its translations in other languages, because it’s just  a really useful “concept” in daily life.
We perceive all kinds of things, but we’re not always sure about them. And so we say lots of stuff like:

And because the dictionary says to seem is scheinen, many German learners say things like this:

But the thing is …

“scheinen” is NOT a good choice for these everyday statements.

You see, scheinen actually sounds fairly high register in German, and it’s not really made for mundane everyday statements.
And this is even stronger for the past tense.

The English sentence is pretty neutral but the use of scheinen in the German one is a bit like an elven princess in a white gown showing up at the stables shoveling horse turds along the common folk. I mean… it’s nice that she does that.
But it’s not really what you’d write as an authentic looking scene.
And you shouldn’t use scheinen if you want authentic sounding spoken German
Again… it’s not wrong. And in writing, this is totally okay. People would write this on their travel blog, if they want to sound a tad bit literary.
But in spoken German (or in chats) it sounds odd and it makes your German sound a little more “book learned” and a little less “native”.

So what to say instead?

Well, there are several options actually.
One option is aussehen, which puts the focus on what you actually see.

Then, if you don’t want to focus on seeing that much, you can use wirken.

This puts the focus more on the overall appearance something has, including vibe.

But what’s also a common option how people express this is using glauben in the simple sense of  to think.

Of course it’s not exactly the same as the sentence with to seem, but the broad strokes of the message are the same. You say something about how you perceive the world but you also say that you don’t know it for a fact.

So yeah… check in with yourself how often you use scheinen and if you find that you use it for mundane everyday statements like the examples here, try weaning yourself off of it and instead start using one of the alternatives I gave you.

Let me know in the comments what you think and if you’re one of the people who use scheinen regularly as to seem. And let me know if you have any questions or any particularly examples where you’d like my feedback on whether it’s idiomatic or not.

Again, it’s not wrong, and you don’t have to avoid it entirely. But it’s not as common as you think.

That’s it for today. Have a great morning, afternoon or evening and a great start into the week and I’ll see you all tomorrow :).