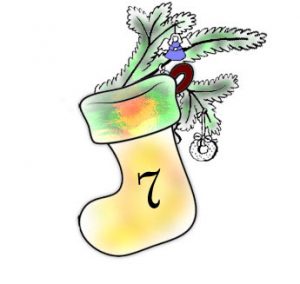 welcome to Day 7 of our Advent Calendar…. well, 7 and a half, to be precise since I’m a bit late :).
Anyway, you’re probably all wondering what cugly is. Well, it’s a mix between cute and ugly and it kind of describes … this: 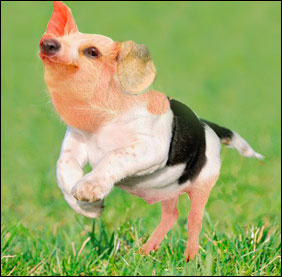 Awww… but also ewww. Cugly.
This beautiful creature is a called derSchweinehund (a pig-dog), created and raised at the University of Bielefeld and the question we’ll address today is:

Okay… of course, I’m kidding. This animal doesn’t exist in reality.
But the word Schweinehunddoes and it is super common because it is an idiomatic name for something we all in us.
The full name is der innere Schweinehund (the inner pig dog) and it is what Germans call that force within us that keeps us from achieving our goals.
You know… you should do the dishes and it would only take like 10 minutes but there is this voice inside of you telling you to just leave it.
Or in the morning, you’re super resolved to go to the gym after work, but then colleagues are going for a beer. You know it’s gonna be boring and you’d feel much better after the gym. But you someone inside you makes you go with them anyway.
Or you’re working as a waiter and you go to the toilet and a part of you knows you should wash your hands but there’s this little voice inside you saying “No one is going to know.”
All that is der innere Schweinehund at work.
Let’s look at a couple common examples.

I translated it as inner demonbut I at least to me that sounds a bit too dire. Like… a demon can be something really bad. A Schweinehundis just super lazy and ignorant. And cugly, of course :).

How did Germans come up with that name? Well, Schweinehund, or Sauhund actually used to be a real thing. It was the name for the dogs used for hunting boars, vicious, . Both, Schwein and Hundwere also used as insults and so it’s no surprise that students in the 19th century started using the combo as an insult.
Kind of like ass-hole, broadly referred to all that’s bad about one’s personality. Kurt Schumacher, a famous politician of socialist democrats before the Nazi era said that the Nazi propaganda was a constant appeal to people’s inner Schweinehund.
But over time, probably because it was used a lot context of military drill and sports, the Schweinehund shifted focus and became what it is today…. the lazy, hesitant voice within us that is stopping us from being our best self.

And even though your inner Schweinehund is probably gonna try and talk you out of it… it’s really worth adding the word to your active vocabulary :).
What about you? Have you heard the word before? Or do you have a word for that creature in your language? What do you do to überwinden (overpower, subdue) your inneren Schweinehund?
Looking forward to reading your tactics. Have a great day and bis morgen :).

Yeay…. now I just have to add the audio and I’m done. It’s just two example…hmmm… or should I watch the Walking Dead first. Yeah, I’ll totally do the audio later. …