German Advent Calendar 4 – Getting even 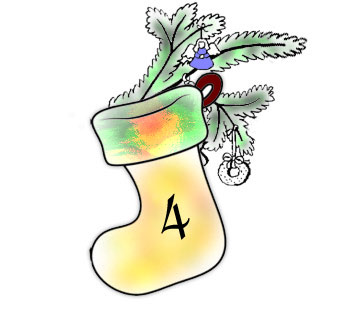 Yeah, it’s… it’s like the third year in a row, so this is a tradition now :).
German actually has quite a few nice words with qu, and today, we’ll take a look at

Looks a lot like quiet, and even more like quite. And even more more like to quit.
And indeed they are all related. But none of them quite fit quitt.

The origin of the family is the obscurely ancient Indo-European root *kweie- which was about resting, being quiet.
In the Slavic languages, it became кои (koj) and in the Germanic branch, it became the origin of die Weile (while), which originally meant a period of rest.
That’s kind of nice.  Like…

“When will you be done with the assignment?”
“That’s gonna take a period of rest and repose, boss. So you better not disturb me.”

Anyway, what matters for us is the Latin branch. Specifically, the word quietus. Because besides the original sense of rest and repose, this was also used in a sense of “free of burden“.  Which makes a lot of sense. If we don’t have a burden or obligation, we’re usually much more relaxed and peaceful.

And that’s how we got the words we have today. Quiet is more about the original sense of calm, while to quit evolved from the idea of “getting away from a burden“.  And quite originally meant something like clear, free and then toward clearly, without a doubt and eventually it became the intensifier it is today.

And what about quitt?

Well, the German quitt focused on free of burden in the sense of having settled a score, and so it is essentially a translation for even. Yes, another one.

“Wir sind quitt.” – it actually works pretty well to think of that as “We’re quiet/at peace.“, if you need another mental connection.
Now, we should note that the way we used it in the examples is pretty much the ONLY way to use quitt… “Wir sind quitt”. So you do NOT say “I am quitt”, and you also don’t say stuff like “I want to be quitt” or “I want to make us quitt.” or whatever.
Only, wir sind quitt.
This phrase is fairly common in daily life though and it’s a nice addition to your vocabulary.

In daily life, the Rechnung is often also treated like the Quittung, but in the world of accounting there’s definitely a difference.

Anyway, that’s it for today.
Let me know if you have any questions or suggestions or if you’ve seen quitt in daily life.
Have a great day and I’ll see you tomorrow.