"Quark" is a staple you can find in all German stores. It's healthy, tasty and super easy to make. Today, we'll find out all about this weird German cheese. 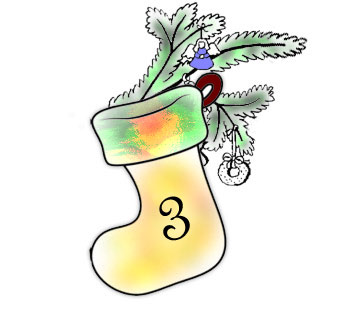 door 3  of our epic 2020 Advent Calendar. And today we’ll do something many of you have been waiting for for a long time – we’ll go over the German names of proteins. Hooray.
Nah, kidding, I actually want to tell you a really good source for proteins – it’s a white mushy substance, it tastes a bit like Aspirin and it’ll give you THE SICKEST GAINS YOU’VE EVER SEEN. #SWOLE

Provided, you’re working out, that is.
The substance I am talking about is

And Quark is one of the most typical German foodstuff I know. And while in Germany you can find it in literally every supermarket and even in many gas stations and late shops and for me, it’s really hard to find when you’re abroad. Or at least that’s my experience. I couldn’t find proper Quark in Scandinavia, Bulgaria, North America and Italy. Italians would really hate it, I think :).
Though I guess you can find it in Poland and Czech republic and possible as far east as Russia, because the name is originally from there and  used to be twaróg,
So what is it exactly?
Well, when you look it up in English you’ll find curd. But that is a bit misleading because curd is more broad than Quark. And also, if you’re not a native speaker of English, you might not know what curd is, so let’s take a more practical approach:
Do you know these chunks that form in milk when it has overstayed its welcome in the fridge? Well… these chunks are basically Quark. Ugh.
And no, I’m not joking.
In fact, Quark is one of the easiest things to produce. Just take fresh milk, let it go sour at a warm place for a day or two and then strain it through some linen. That’s literally it.
You see, milk usually contains lactic acid bacteria. Those consume the lactose and turn the milk sour. And this sourness in turn will cause the milk proteins to ball up. Technically, you can even make Quark by just adding a fair bit of lemon juice to fresh milk. Same basic effect.
The solid chunks are the Quark and the liquid is called Molke, or whey in English.
German quark is constantly stirred why producing it, and it is left with a lot of whey, so it’s usually pretty creamy. But if you don’t stir, you get cottage cheese, and if you strain a lot of whey, you get something more solid like the Austrian Topfen.

Oh and in case you’re wondering about the difference to yogurt… yogurt is milk turned sour and thicker, but it’s ALL the milk. While for Quark, you strain a certain amount of whey. Also, Quark doesn’t have the specific yogurt taste because that comes from selected yogurt bacteria.
Quark could theoretically even be made by adding lemon juice to warm milk and wait for chunks to form.

Anyway, it’s really hard to describe how Quark tastes. It’s a bit rough, I would say. But I really really really love it and I eat it as a side to pretty much all dishes that I eat.
And Quark is incredibly healthy. It is low fat, has almost no lactose and a LOT of protein. Like… if you’re into fitness… it’s up to 14 grams per 100 gram.
No wonder German has a proverb about Quark.

How does quark taste?
That’s really hard to describe. It’s not as sour as yogurt and usually thicker. It’s not as sweet as Mascarpone and not as “elegant” as Ricotta. I think you need to try it for yourself.
It’s absolutely amazing with herbs and onions and boiled potatoes. Or if you want even more specific… try Quark with potatoes and Linen seed oil. Very simple, but really really really good. 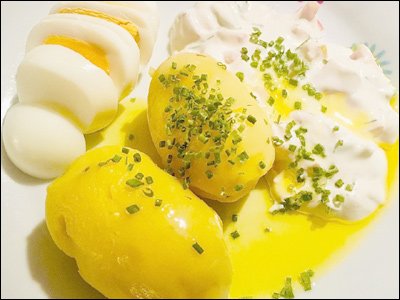 And I know many of you now say like “Wait a minute, that’s like sour cream.”
But trust me… Quark is much better. Sour Cream has all kinds of weird stuff in it, at least the version you can buy in Germany. Quark is simple. Humble. Pure.
Like… if “It ain’t much but it’s honest work” were a food – it would be quark.
And with that nonsensical comparison, we’ll wrap it up for the day.
I’m really curious about your thoughts and experiences… do you have quark in your country? Is it common? And have you tried German Quark and if you have, did you like it?
Let me know all your quark stories in the comments.
Have a great day, and see you tomorrow.