Advent Calendar 21 – “This one is Toast” 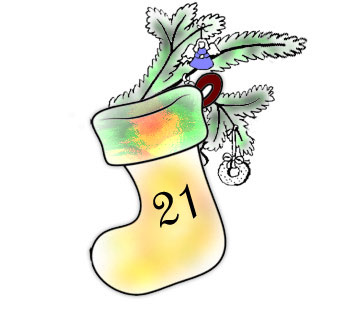 day 21 of our Advent Calendar, final stretch. Christmas is like right around the corner. And so the PCBs are also right around the corner. PCBs? Post Christmas Beers. Yeah, as fun as X-Man is, there are a few flaws wit… oh… as fun as X-mas is, there are a few flaws and it’s nice to have a few beers with friends at the bar.
And that’s why today we’ll talk a bit about the German word for cheers!
And that is…

In the South of Germany, you can also hear


and then, there’s also the variation


Though this might be a bit tricky after a few beers…

Anyway, Prost is the number 1 word and I’m sure most if not all of you have heard about it.
“Yes! Yes, Emanuel. We did hear about it.”
“Yeah dude, this is nothing new!”
“Advent Calendar?! More like Ca-lame-der.”
Well, yeah… it’s nothing new that Prost is German for Cheers! (<—- hey, hey Google, check this out!) . But I bet you a beer you ain’t got no idea where it comes from.

Just going by sound, it must be German. I mean…..  Prrrooooost…. it doesn’t get much Germaner than that, right? But no. Prost actually comes from fancy ass Latin. The Southern version Prosit actually kind of hints at it.
The origin is the Latin verb prodesse, which meant something like to be beneficial, useful.   For the nerds among you… it’s a combination of the prefix pro with it’s sense of forward and the verb esse, which meant to be. So it kind of is at its core about promoting life. Just like beer.
Seriously though, Prosit! literally meant something like “May it be useful!” and the Germanic tribes imported it from the Romans because they had hitherto been completely sober and didn’t even have the concept of a toast.
Okay, of course that’s nonsense. The common Germanic word was Skoll, but the Germans eventually chose Prost. Maybe just because they were closer to Italy than, say, Sweden.

Anyways, prost is actually a bit more narrow than cheers because it does NOT work in sense of thank you. That would be really confusing.
And what else is there to say… uh… oh yeah, there’s the verb zuprosten (+ Dative) with it, that basically describes the act of saying or signaling cheers to someone.

And there’s the expression Na Prost Mahlzeit which you’d use if you’re dumbfounded by something, in a negative way.

And last but not least, Prost is a really good word to try out how top-down perception works. Next time you toast with your German friends, instead of saying Prost! you just say Brust (breast)… get it, get it.. top down perception ;).
Seriously though… no one will notice.

They will all hear Prost! because they want to hear it. And you can have a little giggle. Well… if you’re a 14 year old boy like me, that is.
Anyway… I hope you had a few giggles today. Let me know your questions and thoughts in the comments and I’ll see you tomorrow…