A quick look at what a predicate is and why it is not very useful in language teaching. 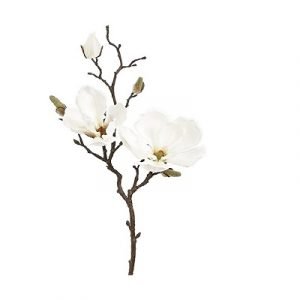 and welcome back to our Grammay special, this time as a normal post again, instead of a dictionary entry.. yeah, I know, I keep switching back and forth, but I just realized that you can’t mark the dictionary entries as “read”.
Anyway, today we’ll take a quick look at one of the most useless grammar terms ever… in teaching, anyway.

Mrrreeoooww!
So are you ready to jump in?
Then let’s go.

I don’t know how common the word “predicate” is in the context of English grammar, but when you learn German, chances are that you will hear das Prädikat at some point, especially if you happen to have a teacher who’s a bit on the jargon side, because ...”tHoSe ArE tHe PrOpEr TeRmS!”.
They then typically use das Prädikat as if it is one of the most well known things on the planet. But the reality is that 95% of learners do not really know what a predicate is. I didn’t even really know it until I started writing this.

And if you’re now like “Yeah, I’m like totally in the elite 5%.” then let me tell you… I wouldn’t be so sure. Because there is something about the whole thing that you probably don’t know and that makes the term pretty useless for language learning.

As most grammar terms, predicate comes from Boring, and it’s a… oh… I mean, comes from Latin and it’s a combination of the prefix pre-, which is about “forth, in front, about” and the verb dicere. The origin of that is the disgustingly ancient Indo-European root *deik– which was about showing, which we can still see in the German offspring zeigen (to show) or the words index and indicate. But in Latin, it also took on the idea of “verbally showing”, which we can see in word like dictionary or predict.

And the  original meaning of praedicatum was “what is said about a subject”, and that’s how it was used in grammar, as well.
So if I were to say that Thomas wears Maria’s jeans from time to time (not saying he does, just an example. He might, though.), that whole thing would be the predicate. So it’s basically anything BUT the subject.
Simple enough, right?

The problem with “predicate”

In context of language learning, grammar terms are often treated like they’re universal constants of the language universe.
But even though they usually come from Latin and  look pretty much the same across languages, they do NOT always mean the same thing.
And predicate is one example for that. English grammar tends to use the classic Latin idea we just learned.

But there are different “schools” in linguistics, and some have a different definition. They say that the predicate is ONLY the verbal phrase.

One source I found that talked about the predicate in English called this one the predicate and the first one the full predicate, because … yeah.. that’s not confusing at all.

Anyway, so German grammar generally uses the second definition of a predicate, so German the predicate is basically “all the verbs”.  The reason is that the classic definition of the predicate didn’t really work for the underlying German structure and how German sees its verbs.
But anyway, while the term predicate is helpful in linguistics, it is so good a tool for language learning and teaching.
It’s just weird if there are conflicting definitions for stuff and you have to learn the definition AND the term. It’s much more fun to learn neither of them, and predicate is really not a term you’d miss.
Like… it’s not like conditional or past tense or conjugation. Those are things that people look up when the learn a language but I don’t think anyone looks up “how does predicate work in German”. No one cares. People would just say verb, or verbal phrase.
And as a teacher, I can also say that I can get by very well without using the word predicate. So yeah… my stance is that predicate is not useful in context of language learning and should disappear. Shoo, predi-cat, shoo, shoo.
But I’m a bit of a hater when it comes to grammar terms, so yeah… it’s really just my opinion :)

Cool, so now you know what a predicate is, and if your teacher likes using the term a lot, you could ask them some time if they’re aware that it’s not as universal and “clear” as they think.

If you have any questions or thoughts about this, let me know in the comments and also, let me know about your experiences with the term?
Did you know what it is? Does your  teacher or textbook use it? And does your mother tongue have the term?
I’ll see you in the comment section, have a great day and bis bald :).