New Function, a question and a small request :) 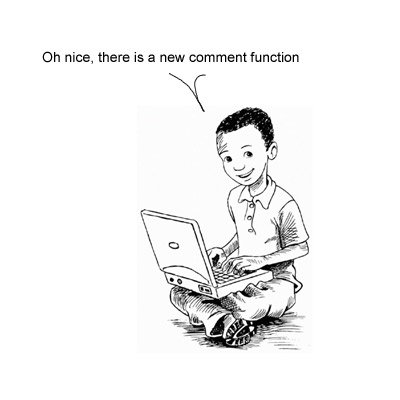 and welcome back to our little EMayl-Special.
And today’s surprise is all about

And I also have a little favor to ask you, but we’ll get to that later.
So, I have added a new feature to the comments this week that might be a very cool addition.
But before we get to that, I want to talk another new feature… something that has to do with formatting.

I added this a few weeks ago and most of you have probably noticed it already.. here’s a screenshot

This is basically a bunch of formatting options for you. You basically just select part of your comment and click the formatting option and that’ll automatically add html-code to the comment that’ll make it look … well… a bit more formatted.
And because I’m pretty sure that many of you are not really sure what those mean, I wanted to give you a quick overview. So here’s what the options do:

First, there’s the stuff I would use myself:

spoiler – hides the marked part in a spoiler box that expands only when someone clicks it… very useful especially for all the movie and series reviews we’re doing :)

And then there’s the stuff I don’t know about:

Do you have to use them?
Of course not! As long as you try to make a comment easily readable that’s fine. In fact, I might not use them myself, because often I answer comments from a comment feed directly and there I DON’T have these options. And it’ll take a while for me to get used to them.
Maybe just use bold and italic, those two are really easy and quick to handle.
But yeah… I found the option and I thought why not have it there.

Cool, but now let’s get to the actual new feature, which is… drumroll…

Many of you probably know this from Insta or Whatsapp or Twitter or Facebook  – you can mention a person by @their-username  and the person gets notified that they were mentioned.

Well… I recently upgraded the comment system and now we can also do that here. You can either type it directly, like you see here: 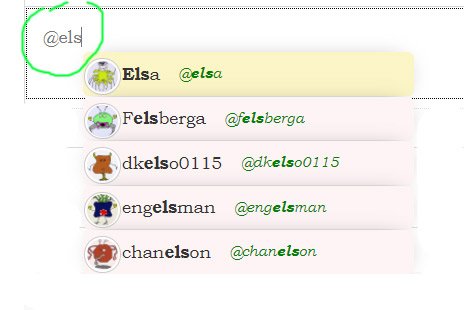 … or you can use the little button at the bottom right to search for other readers, like here: 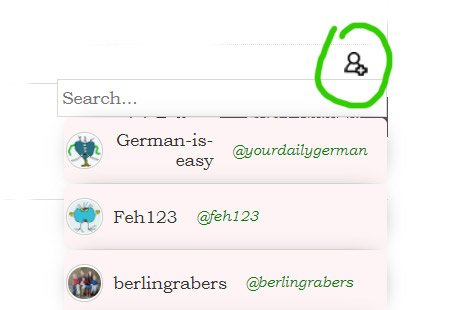 What I’m not sure about is the notification.
First of, I you have a WordPress.com account, I’d love to know if you see the notification in your comment feed (those who are on WordPress.com will know what I mean).
More importantly though, the software offers to send a short notification email to the person who got mentioned.
And that’s where I’m of two minds…. right now, the feature is OFF, and I am not sure if you guys actually would want this.
I wanted to ask you first, so here’s a little poll… and please… don’t be shy to say “No”.
I get way too much notification mail for all kinds of stuff so I’m really not sure.

I’ll see how you all feel about it and then I’ll decide. Unfortunately, there is no opt-out option as far as I could tell. So you can’t say “Don’t send me an email when I get mentioned.”
Can’t wait for your thoughts on this.
And if you have other thoughts about the comments, please leave them in the comments, as well :).

All right. So that’s the little surprise for today.
Now for the little favor…

I don’t do much social networking with the site but the one platform I am using is Facebook. No idea why. I had to pick one, I guess.
So those of you who are on Facebook… it would be really really cool, if you could leave me a quick review. I mean… a good one obviously. Four or five stars, pelase :D.
Das wäre super toll!!!
Here’s the link:

And that’s it for today.
I’ll see you with the next surprise in a couple of days (and yes, the surprises get bigger each time).
Bis dahin, genießt euer Wochenende :)