Advent Calendar 13 – It’s in the Cards 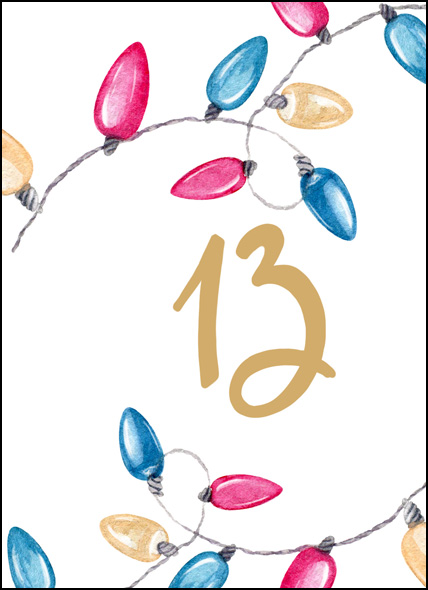 hi all you good people,

so yesterday originally was supposed to be the half time show, but both acts cancelled. That’s a pity and you all were very disappointed and sad.
“Uh, actually I wasn’t disappointed and sa…”
You were really disappointed and sad!!!
And you asked me in the comments, if you could have at least a few ads.
“Emanuel, I read all comments and no one asked for ads the…”
You ASKED FOR ADS!!
And that’s why I have decided to introduce my new project to you.
“Emanuel, you haven’t even finished the old book project yet.
I will introduce MY NEW PROJECT!!

I’m going to continue in English now, I’m already late for today anyway :).
So yeah, for a long time I have had this idea of a prefix verb card game in my head, and now it is becoming a reality.

The core idea is that you have cards with prefixes and cards with verbs and you have to combine two together to form a verb that you know a meaning for.

There are several modes of playing, including something that has elements of poker, but I am still working on fleshing out the exact rules.

But yeah, the core idea is that you have to build prefix verbs that you know a meaning for and that way, you get to repeat the ones you know, pick up new ones and repeat those during the game and most importantly, you start building an intuition for how the prefixes work and you get some confidence that sometimes a meaning you just guess actually exists.
Well… that’s how I HOPE this game will turn out.

Anyway, for a while there was one big hurdle to actually following through on this. If you play the game in class, it’s not a problem because there’s a native speaker there, but if you play alone or without native speakers, you have to have a good way to check whether something exists or not.
Like… okay, you could use a normal dictionary, but ideally, you’d get at least SOME information why the meaning exists and also get some examples.
So from the start I knew the game needed its own little reference. But it was also a daunting task because it is a LOT of content and also, how do you present it. As a booklet?

But the good news is… this has now become feasible because I have my own dictionary, many prefix verbs are already in it and all I need to do is fill up the examples.
And I have found a programmer who I trust and like and who has helped me with some of the programming work here on YourDailyGerman already, so we’ve teamed up for this card game and … we’ll actually make a little web-app for it.
(And you can help us, because we’ll actually do a little crowdfunding next year :))

So there will be a site JUST for the game where you can quickly look up a prefix verb and get my handmade translations, notes and examples.
That was the missing piece and I’m really excited that this is actually happening now

Now, I’ll definitely keep you up to date here, but we’ve also set up a website, that gives a little more information and most importantly, it gives you a look at the cards, because I already have a prototype :).

And if you’re interested, you can enter your email there, so you’re in a separate mailing list just for the cards (I’m only writing something if I have something to announce).

So, hop over and check out what we’re up to!
But then come back and tell me what you think :)

I’m really really curious to hear what your thoughts are about this, so please let me know in the comments.
Oh and also, if you’re actually a German teacher, or you work at a school, I’d like to connect, because I really think this is a nice game to play in class, maybe in groups.

Prefix verbs don’t get enough love in class, in my opinion and this game is (hopefully) a fun way to approach them.

So yeah, let me know in the comments what you think , have a great day and I’ll see you tomorrow.