1.
to get on, to get in
(THE word to get on various means of transportation, like trains, cars, busses and planes. Also used figuratively for "entering" a project or deal, usually in context of joining. Pretty similar to "getting in" in English.)
Opposite (closest): aussteigen

The meaning of " steigen"

A thorough look at the meaning of "steigen" and it's prefix versions, which are crucial if you want to use transportation in Germany :). Also: steigern. 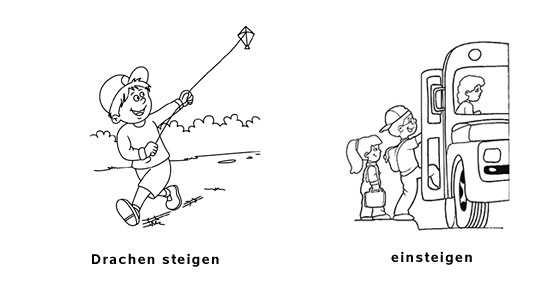 The most notable English relative is the noun stair,  but the root is also the origin of stickler, which originally was about putting on a base, and hemistich and stoichiometry.  Which are both words I had no clue about. The first one has something to do with poetry and the second one with chemistry, bit the common theme is “layering rows“. Kind of like stairs :).

In German, steigen and its relatives are the only members I could find.