1.
the back
Opposite (closest): Brust

A fun look at the meaning of the noun "Rücken" and the verb "rücken" (which is different) all its related words. Special guest: krass. 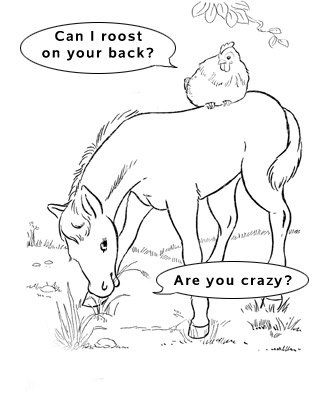 This is one of multiple Indo-European roots that were about the idea of:

The connections between the family members and this core idea are somewhat murky, though.
The original sense of Schrank was probably an enclosure. Think of a round fence. Then, it slowly shifted toward the idea of storage (Schrank) and also blocking the way (Schranke).

The word schräg (at an angle, not vertical or horizontal) is the closest to the original sense; with “closest” in quotes :).

In English, it’s even wilder.
The most obvious family members are words like curve, curb, circle, circus and crown and corona (named because it threw society for a loop).
Another, less obvious branch are words like  ring, range, ranch and rank, which all come from the core theme of forming a circle, standing in line.
The most surprising members are probably search and research, which are related to the Latin version cercare and which originate from the idea of walking around in circles – which kind of is what you do when you search something :)