'irritate' and 'irritieren' do NOT mean the same and mixing them up can actually be really awkward. Today, we'll find out what they each mean. 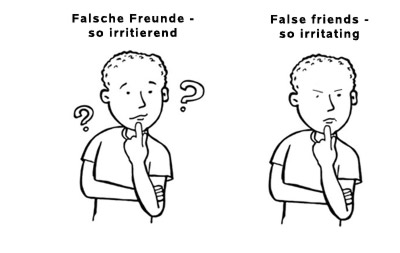 A fun look at how to talk about anger in German with lots of useful phrasings like Ärger machen or Ärger kriegen. And we'll find the neat little particle arg. 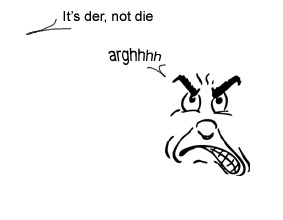 This root is a bit contested, so there is no 100% consensus in the etymological field about its existence.

The core idea of it was:

The notion of motion is pretty visible in run and its German translations rennen and rinnen as well as in reiten and to ride and reisen (to travel).
The idea of ernst (earnest, serious) came from the notion of being determined, ready to get going possibly for battle. Like… someone who is looking like they’re ready for a fight usually does look pretty serious.

The branch around arg and Ärger probably started out from the idea of shivering, be it with fear or rage.