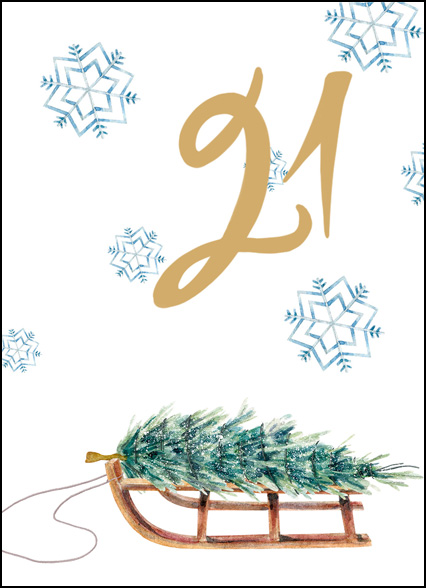 and welcome to day 21 of this year’s Advent Calendar.
And today, I actually would like to … uh… “start a conversation”.
Which is influencer speak for ranting about something :).

Yes, I’m going to rant again.
Seriously though, I want to share some thoughts about a trope in language learning that I find to be… not so helpful maybe.

I don’t know if this is the best way to phrase it.
But let me explain.
The perfect example are the German genders and specifically the articles der, die das.
And especially as a beginner, you’re likely to hear or read something like this, be it in a textbook, a course or a Youtube video:

German Gender is really important and you
should really learn it along with the noun.

As if learning something is akin to carving it in stone and it’s near impossible to change later on.

Now,  my stance on German gender is pretty simple: I think it’s overrated, and beginners are wasting lots of time and mental energy on learning it or worrying that they don’t know it.

Because I think it’s not a helpful way of thinking, for two reasons.

The first one is that it can lead to anxiety and perfectionism.
You start focusing too much on getting things right, ironing out every mistake immediately, lest it become a habit.
And that’ll slow you down while studying and it also gets in the way big time of having a conversation.

Because no native speaker cares if you make mistakes. You’re learning. It’s “on brand”.
But if you constantly correct yourself, ask for validation or if something is idiomatic and you construct every sentence very carefully… annoying. I know that sounds harsh, but in a way it’s true.
You see, you’re not 100% present and engaged in the actual conversation if you’re busy evaluating and analyzing your German.  And you’re likely also kind forcing the other person into the role of a teacher, who is expected to validate, help and affirm if something was correct or how to say it better. But maybe the person just wants to have a conversation, not help you improve your German.
So yeah… having this ideal in mind that you have to get things correctly so as to not learn “wrong things” gets in the way a lot.

And it’s unnecessary because I think this idea that relearning something is difficult… well.. this idea is nonsense.

Problem 2: relearning is actually not that bad

If you think about learning a language as a “linear” act, like a road you walk from A to Z where you pick up all the knowledge along the road… then the thought of “relearning” sounds meh. Like you have to go back to where you were and clean up. No one wants that.

But if you instead think of learning a language as moving into a new house, then that’s completely different.
You wouldn’t typically refine order of spices on the shelf if the stove is not even connected.
You’d do the important things first, make the apartment “functional” and THEN you’d slowly make it more your home, and often also by moving things around and changing things. This doesn’t sound like a problem, does it?

Well, I think language learning is much more like the second image than the first.

And metaphors aside… I don’t have scientific data to back it up, but I firmly believe that relearning something is actually not that big a deal and it’s definitely EASIER than learning from scratch.
Like… I would prefer to learn two nouns with the wrong gender, than one noun with the correct one.

And if you’re skeptical… fixing mistakes later on is also part of how children learn languages. They make a lot of mistakes and use wrong patterns that they overgeneralized but over time, they iron out these glitches naturally. They do NOT “get it right” from the beginning.

So yeah… these were my thoughts on this notion of “relearning is hard”. I don’t think it’s true, and I don’t like the perfectionism it can lead to. It’s okay to strive toward speaking proper German, but at least for a beginner, I would always go for speed over accuracy.

But this is really just my opinion, and I’d love to hear your thoughts on the matter. Do you agree? Would you for instance recommend learning the gender along with a noun, even if the learner absolutely doesn’t want to (like me)?
Let me know your thoughts in the comments and let’s indeed have a conversation there :)

I wish you a swell day, and I’ll see you tomorrow.