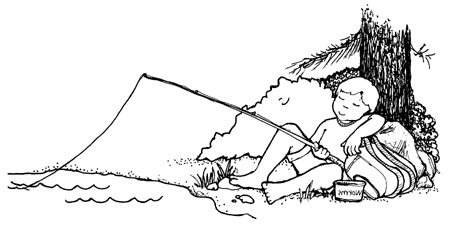 and welcome to your (hopefully) favorite German blog. And today it’s more of a podcast because it’s time for a bit of listening comprehension again. Yeeeeaaaay.
Today’s story is about a fish served with a side of wisdom… and fried potatoes.
So let’s waste no time and train our hearing with some herring :).

der Hering – the herring
(type of fish, super common dish in the north of Germany)
der Deich – the dike/levee
(hill-like thingy that keeps the ocean at bay)
dösig – drowsy
awake but not really awake
das Nickerchen – the nap
(there’s no version without “-chen”, so no “das Nicker”… the origin is the German verb “nicken” which means “to nod”)
der Mittagsschlaf – the midday nap
(also called das Mittagsschläfchen)
sich aufs Ohr legen – lie down for a nap
(lit.: lie down on the ear. quite common)
der Taler – the thaler
(old currency, origin of the word “dollar”)
staunen – feel and/or show amazement/gape
(in stories often used as a speech tag like “said” or “shouted”)
die Petersilie – the parsley
(together with Schnittlauch the most common herb in Germany
and part of Kräuterquark… which tells you nothing but you should try it! It’s awesome)