A fun look at the meaning of "leiden" and what pity has to do with insults, passion and suffering. 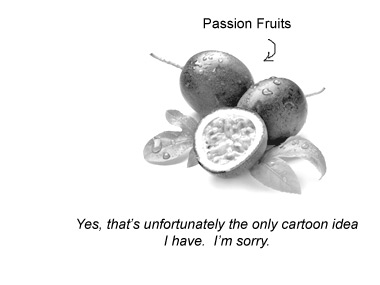 Which is something that can happen when you’re trying to learn German  – unfortunately. But if it happens, then it’s usually because a little “ship” is missing.
And if you’re now like “What ship? And why pink?”
Well, you’ll get all the answer inside, so let’s jump right in :)

The origin is an old Germanic stem that was about disliking, the same stem that loathe comes from.
For a long time, leid meant something along the lines of bad(ly) or hostile or loathsome. It’s not used that way anymore, except for one REALLY important phrasing:

Literally, the phrase once meant “It does loathsome/badly to me” but most of you probably know what the real meaning is

So, in German, if you’re sorry, you’re basically saying  “something makes you feel shitty”.  It’s a weird way to phrase it, but it wouldn’t be the first time German a weird way of phrasing uses.
Get it? Get it? I just did a verb at the end thing ;).
Anyway, let’s look at some more examples for leid, or better yet, leidtun because it’s basically a prefix verb…

Actually, the translation doesn’t always have to be to be sorry, but it’s definitely in there, somewhere.

Cool.
Now, there’s also the noun das Leid. The one original meaning was something like “the bad deed, the harm done” but over time it shifted away from the bad deed to the effect of the bad deed. And so it became the word for woe, suffering.

And this idea of suffering brings us right to the verb leiden. Because that means to suffer.

Makes perfect sense, right? Well, technically, leiden is  not related to leid and das Leid at all. Instead, it comes from the same family as English to lead and the original meaning was was simply meant to travel (leading was “to make travel”).  The thing is… it sounded an awful lot like das Leid and traveling and the journey through life in general was full of hardship for many people in the medieval times. So that’s why the meaning of the verb shifted and I’d 99.99% of German native speakers will think of leiden and das Leid as related. And therefore, they are. Because that’s how science works!
Anyways, let’s look at a few examples.

What’s also really useful is the combination leiden können. Just like the English can’t suffer, it essentially talks about liking. It does work without the negation but it’s way more common with it and you mostly use it for people or habits, not objects.

There’s (of course) also a prefix version of leiden. Erleiden also translates to to suffer, but it talks about sudden suffering in a particular moment and it’s mostly used in context of defeats in sports or strokes.

And then, let’s not forget about beleidigen. Literally, it means inflict suffering and that’s not too far from the actual meaning to insult.

Roses are red, violets are blue.
Other leid-words
are cool, too.

First up, we have the word leider. Originally, it was the more-form of the old adjective leid in it’s sense of bad. And it was used to sort of reaffirm a statement, like in this very common dialogue from 2000 years ago.

Now, if you’re reaffirming a a statement in that way, you kind of feel with the other person. And so it’s not too crazy that leider toward that notion of feeling pity and became the German word for unfortunately.

The word pity actually brings us right to the word Mitleid. Literally, it means “with-suffering” and it’s the German word for pity and compassion.

And you know what? Compassion is actually the literal translation for Mitleid. Com/con- is the Latin syllable for the idea of with and passion … well, passion was Latin for… suffering, or in German Leid(en).
Now many of you are probably like “But wait… passion… isn’t that this good thing, that we all want?!”
Well, yes. But do you think the Passion of Christ was something enjoyable? Not at all.
The word passion is really interesting. It comes from the same family as patient, patience or passive and the core idea of that root was enduring, experiencing. The other idea, the one we know today, came in later and started as something like strong emotions, probably inspired by the Greek pathos.
Now, what does that have to do with German?
Well, as we’ve learned, the old passion, the original one would be translated as Leid or Leiden. For the new passion, the good one, the one we want and need for learning German we need the mysterious ship I mentioned in the beginning. The ending -ship. Which in German is -schaft. And passion is die Leidenschaft.

And that’s it for today :).
This was our look at leid, leiden and Leidenschaft. And looking back at it, we’ve actually covered quite a bit of really useful vocabulary, so check out the list below if you need a little reminder. And as usual, if you have any questions or suggestions just leave me a comment. I hope you liked it and see you next time.

etwas leid sein – be fed up with something

This entry was posted in B-Level, Must have words, Verbs, Vocabulary. Bookmark the permalink.
Subscribe
41 Comments
Oldest
Newest
Inline Feedbacks
View all comments