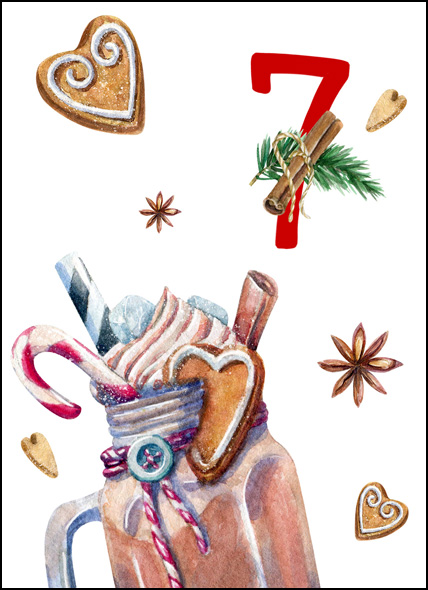 day 7 of our absolutely epic diamond level master class German Advent Calendar. And behind today’s door is actually… some vocabulary for a change.
Hooray.
Well, one vocabulary… I mean… one piece of vocabulary. The noun

Because that’s not only a part of shopping, it’s also a part of dating.
Der Korb is the German word for basket and just like basket, it works in a range of applications like shopping basket, a basket for the dirty laundry, or the basket in Basketball.

By the way, there’s actually also a game called Korbball but the English word for that is netball (I believe). It’s similar to basketball, except it is much much lamer. I mean… I’ve never seen or played it, but the name sounds super lame… Korbball. I mean, come on. Almost sounds like Fußball, and we all know how lame that is.
Yeah, if we’re really quiet, we can hear some of the British readers going “Reeeeeeee.”
Kidding, of course. Soccer is a great sport.

Anyway, the origin of Korb is an old Latin word corbis.  Which could also mean basket, but actually, it was about the process of making a basket – the weaving or caning of twigs, bast or wicker.

That’s why Korb is also used as a word for the material and a Korbstuhl, for example is a wicker chair. 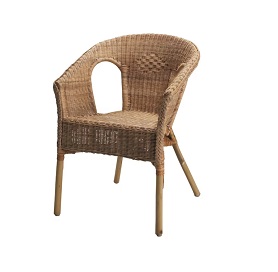 So far, so logical
But there’s one meaning of Korb that seems to have NOTHING to do with any of this, and that’s SUPER common in colloquial German. Drumroll please…

Yup, Korb can mean rejection, but ONLY in one context… dating.
For example, the phrase “einen Korb kriegen” means “being rejected after asking someone out on a date”.
It also works if you have been on one date, but the essence is that you’re like “I’m really interested in you. Let’s date.” and the other person is like “Nah, thanks. Let’s be friends.”
Your dreams got “curbed”, if you need a little mnemonic :).

Now, where does this meaning come from? Well, from what I have read there was a custom in Medieval times where a would-be lover was pulled up to the maiden’s window in a big basket…. yes, I know it sounds stupid, but this is actually straight from the German etymological dictionary.
So yeah, sometimes, if the maiden didn’t want to would-be lover to come up, they’d use a basket where the floor was too weak to hold a person, so the person immediately falls through. And that’s where the saying comes from.
Sounds like someone just made this up to me, but there are multiple sources online all saying the same, so maybe it’s right.
Anyway, time for some examples, and the besides the most important einen Korb kriegen, you can also give one, and if your flirt skills suck, you can also collect them :)

This use of Korb is super common, almost every German knows it, and it’s definitely something you should add to your active vocabulary.
“Even if I am a really attractive chad with a chiseled chin?”
Yes, even then.

And that’s it for today.
Let me know in the comments if you’ve heard this phrasing before and what you think about the absurd origin story.
Have a great day and I’ll see you tomorrow.