In this episode about the conjunctive in German, we'll get a little overview over the topic, see why we call it conditional instead and learn all about "würde". 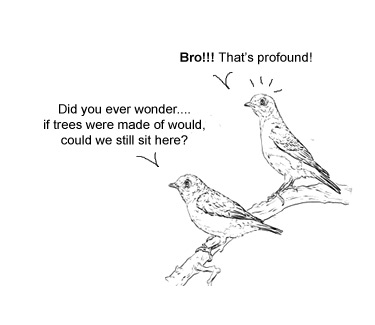 and welcome back to the German is Easy – Grammar Course, the course that Einstein mentioned in one of his most famous quotes…

“Nothing moves faster than light. But your progress
when you take the German is Easy course comes pretty close.”

Okay, he didn’t say that.
But I’m pretty sure he would have, had he not destroyed the time machine he had built after Schrödinger’s cat had told him what would happen if he didn’t
( find out what Einstein saw, here).
Now you’re probably like “Ugh… Emanuel is using his intro for shit posting again.” but NO! Not this time. This intro was super on topic because today, we’ll start our mini series about

What I mean by that are all those phrasing like I would…, If I were you… or I could have had. Super important, useful stuff that we use every day and yet, learners are making lots of mistakes there; even at an advanced level. Which is weird, because the rules are actually pretty simple and straight forward.
In this mini series, we’ll go over all you need to know. And today, we’ll start with a little overview over the topic.
So would you have been ready to must have… uhmm… had to could have had … uh… been jumped in…. erm… or something?
Great :)

Two things I want to say right off the bat.

Number 1:
Conditional is NOT the “official” name. That would be Konjunktiv II (called subjunctive in English, most of the time), not to be confused with Konjunktiv I which is something entirely different.
But I’m not going to use them because I don’t think they’re helpful. They’re not descriptive and things actually get quite confusing once you look more closely. If you want, I can give you a more detailed explanation in the comments about why I am not using them. Conditional isn’t perfect either, but I think it is at least intuitive and so if you’re familiar with the “normal” terms, please just roll with me.
Keep in mind that this is not meant to be a linguistic analysis. It is a guide for a learner and as such, it doesn’t technically have to be “scientific” – it just needs to work.

Number 2:
Though there are seemingly a lot of similarities between German and English, I will pretty much NEVER compare the two languages. And neither should you – it is a recipe for disaster. Because even though the forms are basically the same in the languages, the usage is vastly different. Like… yes, would and würde are basically soul-brothers but don’t let that fool you into thinking that you can always translate would to würde. 50% of the time that will result in an un-salvageable, unintelligible mess.
It’s really important that we think of the German Conditional as its own thing and learn to build it in German – not take an English sentence and translate the parts. Of course, I will give you the English translations for things but whenever the urge comes to compare… just sit with it and then let it go :).

Cool. And now let’s dive right in with a little overview of what we’re actually talking about

Conditional – what is it

In the intro I already said that it’s the could-should-would-stuff.
The name Conditional is based on the fact that the number one use for this specific marking are conditional statements.

So informing us that there is a condition is NOT the core of the Conditional. But what is it then?
When you look to textbooks, they’ll usually give you a list of what the “Konjunktiv II” (which we call Conditional) is used for and leave it at that. But I think there’s actually a common theme and after weeks and weeks of tedious lab work, CrossFit and consulting a shaman I was able to put it into words.

The Conditional shifts a statement away from reality.


Nothing more, nothing less. The effect that that shift has, the question how hypothetical and unreal the statement becomes is NOT clearly defined.
Let’s look at a few examples in English and see what effect that shift has in different contexts.

Here, we’re talking about the past tense and one key feature of the past tense is that it’s fixed. So when you shift a statement away from that line you automatically make it unreal.
Now let’s take this sentence:

Same statement as before but this time, it is set in the future. And because the future is by its very nature NOT reality yet, but just bunch of options, using the Conditional marker to shift our statement does NOT make it completely unrealistic. I mean… where there’s no fixed real, there’s no fixed unreal, right? So the effect of the shift here is merely making it sound a bit less likely.
One more example:

This is basically the same question. The only effect using a Conditional marking is making it sound a bit more polite. Which ties in fine with the core idea, actually. You see, shifting the statement (further) away from reality you acknowledge the fact that the other person has a will of their own and might say no. It is less demanding, less “intrusive”.

Cool… so now that we have an idea of the “thing” Conditional in general, let’s get more specific and turn our eye to German.

Conditional in German – a brief Overview

The Conditional in German exists in two tenses: the past and the non-past. Well, technically there also exists a version for the future and maybe another one which I am not aware of, but they’re about as useful as as dandruff.
So, yeah… in practice, there’s past conditional and non-past conditional. The past conditional is used to talk about … Cpt. Obvious, please tell us..
“Veganism.”
Bro!!! You were supposed to say “The Past”! Gee, you had one job.

It’s sentences like these that most learners are having trouble with, and one of the reasons is that they think they can translate directly from English. Have I mentioned that you can’t, yet? Well… you still can’t :).
Cool. Now, the non-past conditional talks about stuff that is NOT in the past… so either the present or the future.

For the non-past conditional, there are actually TWO versions for every verb. Let’s call them würde-conditional and real condition. Here’s an example.

Now, wissen is one of the verbs that actually uses both forms, but for most of the verbs, only one will sound idiomatic. Most of the verbs use the würde-conditional but the few that do use the other version are incredibly important and common… haben, sein, the modal verbs, gehen, sehen and a few more.
And if all this made you go like “Hmmm…. that sounds familiar.”
Well, that’s because it is. It is the exact same setup as for the past tense in German, with spoken past and written past
(if you don’t know about that stuff, you should check out my series on past tense. Link below).

Cool. So now you have an overview and what we need to do in this series is basically this:

If that doesn’t sound like a plan then I don’t know what does.
And because the würde-conditional is SO easy to build and we have a bit of time left, we’ll talk about that real quick.

How to build the würde-conditional


Anyway, so yeah… to build the würde–conditional of a sentence, all we need to do is take würde, add the proper ending and put it into the verb position. And the verb that describes the action gets dictionary form. Sounds WAY less clear than it actually is, so let’s just look at an example. This…

Do you see? It is the exact same sentence structure and the only difference is würde. Now, for completion let’s also do an example with a “all verbs at the end”-sentence and a question.

And now it’s your turn.
“WHAT?! Already?!?!?!”
Yes, already :). We’ll use my patented method of Learnacise®…. learning by exercise (@Harvard: I’m still open to sharing this system, but you need to up your offer for my method).
I’ll give you a 10 German sentences and you have make them into a conditional. Some of them are fill in the blank type questions, for others you have to put the elements in the right order.
They get progressively harder and tricky, but the goal is that you get a feel for the system, not that you get them all right.
I give you the normal German sentence (without conditional) and the English conditional version as a help. And if you need a hint, you can listen to the solution in the audio.
Oh and you don’t have have the ü-umlaut on your keyboard… NO PROBLEM! Just use “ue”, it’ll be correct too.
So… viel Spaß and I’ll see you in a few minutes :).

And, how did you do?? If you did have problems with any of these, please share in the comments, and we’ll clear it all up.
Now, this was really just a small, technical exercise so you get to train the form of the würde-conditional. We’ll do a really big, more challenging one, as well, but we need to talk about the real conditional first.
Which is what we’ll do next time :).

So, that’s it for today. This was our little introduction in the world of Conditional in general and the würde-conditional in particular.
Here’s a super brief recap:

As always, if you have any questions about any of this so far or if you want to complain that I’m not using the official names, just leave me a comment.
I hope you liked it and see you next time.

If you’re still fit, you can continue right with part two: