German Advent Calendar 11 – How (not) to sound based 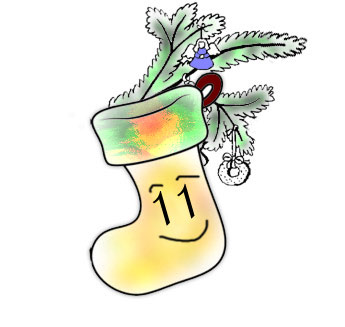 Ey yo, what is good,

hope ya’ll feelin’ fire today. Epic German is Easy Advent Calendar, day number 11. Yeeeeeet.
And today, I want to tell you about a kind of yearly tradition in Germany.
If you’ve followed the Advent Calendar 2020 (which was super epic, by the way), you might remember that I told you about the “Unwort of the year” award – an contest for the “bad” word or phrase of the year.

Well… today, I want to tell you about something similar, just more peer group specific:

As you might have guessed, this is the “young people’s” word of the year and it’s basically the most trendy youth slang of the current year.

The vote is organized by the Langenscheidt dictionary, so it’s not an “official” selection, but over a million people take part in it and it gets widespread media coverage.
And the winner this year is… drumroll please…

Cringe is incredibly widespread in English and through forums like Reddit and apps like CCP…er… I mean TikTok, it has made its way into the German mainstream too. And it was actually the runner up in the Jugendwort competition 2020, but it got beat by lost.
Me personally, I find it quite useful and it has definitely enriched the German vocabulary because we don’t have a fitting adjective to describe this otherwise… maybe uncool, but that too comes from English.
So yeah, in the name of all my young and old peers… thanks English for this one.

And of course I know you’re curious what else was in the competition so let’s go through the top 5 real quick.

Sus also comes from English, and it’s a short version of the adjective suspect. It gained insane popularity through the game Among Us, in which you have to identify a traitor in your ranks by chatting with others. And people would constantly say “What he just said is sus.”, “What she did is sus.” and so on.
This is not as common as cringe, and I doubt many people above the age of 30 know it, so you’re in the group now. And the cool thing about sus is that it’s a word I feel like is not cringe when an old person uses it. If you’re an older semester and you have grand kids… try throwing in sus somewehre. They’ll be impressed.

Sheesh is basically an exclamation of stunned surprise. Like… someone tells you something crazy or impressive, and you’d just go sheeeeeeesh.

And this one actually already was around when I was in school a decade or two ago. Actually it was more of a “tshüüüüsh” then most of the time, but yeah, this is nothing new. Boring!!
And the next one is pretty boring as well.

It’s used in the sense of wild or crazy, it’s nothing new and spelling it with a y is actually kind of cringe. I’ve not heard that one used particularly frequently in the ahem wild, though, so I can’t tell how common it is.

And once again, this is absolutely nothing new. Diggah made its way into slang in the late 90s in German rap music, and it has never really gone away.
But now it has a second spring because it’s basically the German version of bro. And people do use bro here as well. But diggah is even more common at the moment.


You think this is exaggerated, but it is not. I really have to hold back tears of laughter in the bus sometimes. It’s hilarious.

Anyway, if you want to check out places 5 through 10, you can check out this article here (in German)

And if you want to check out older winners, you can do that here

Let me know if you have a similar competition in your language, or if your language has also imported these Anglicism.
German is really open to imports and me personally, I don’t think it’s a problem, because it enriches the language rather then harm it. But I know opinions about this differ a lot, so please share your opinion in the comments.
I’ll see you there, have a great day, and bis morgen :)