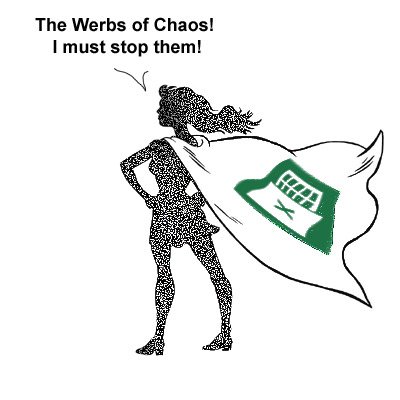 and welcome to the third surprise of our little E-May-L-Special week. Which turned into more like an E-May-L-special fortnite.
But anyway… a few weeks back, I posted an email of Excel-Man who had done some data mining on noun gender and has found some interesting patterns (find it here).
Well, the comment section revealed there was another unsung hero out there – Excel Woman. And she had done a similar analysis for another really messy topic

And she didn’t only share her Excel-Sheet with me… she actually sat down in her superhero chair and wrote a whole article about it, to make the tables a little more clear.
And that’s what I’m gonna share with you today, so here you go :).
Oh and just so you know… this article is not part of the payed portion, so your view will not count to your two post per week quota :).
And now… Excel-Woman… I pass the mic on to you…

I am Excel-woman and in the spirit of Excel-Man (“German Gender and Big Data”), like to collect exhaustive lists and derive rules for elements of German.
It’s probably a known syndrome. I still stuff up gender All. The. Time, but with Excel-man’s help, I might start improving. So in the hope it might similarly help some of you, here’s my information for irregular/strong verbs.
Or “werbs”, as I call them if I want to outrage my German husband. But he might come across this post, so I’ll stick with “verbs”.

Learning seemingly endless different patterns for verbs drove me slightly crazy. So I decided, entirely logically, to find all the irregular verbs I could, and learn them.
Therefore everything else I encountered would be regular/weak. Simples!
A mere few months later, I had downloaded lists from various corners of the interweb and refined them to a total of 162 verbs.
These EXCLUDE modal verbs, and verbs with a prefix (whether fixed or separable) and shared tense endings, such as vergessen and essen, or kommen and ankommen.
I included kiesen, past tense koren. It means “to choose”, and I found an alternative meaning too; “to spread with gravel”. So it presumably also means to choose to spread with gravel. My husband said no one ever uses it. But in telling me that, he used it. So it stayed. Then I heard “koren” in a church song and all the German speakers told me the infinitive certainly wasn’t kiesen, then had to concede when the webbynet came to the rescue. Bam!

As I gathered the verbs, I noticed patterns. In the end, 147 of the 162 (88%) fitted these patterns closely or exactly, and a further 4 were similar enough to include, for a total of 151 and 93%.
The final 11 – you’re on your own! (Not really, I included them in the accompanying spreadsheet/PDF under the closest matching pattern.)

I can’t tell you why just these verbs are irregular when many verbs with the same vowels in the infinitive are regular. That’s above my pay grade. Oh, and sometimes the werbs are seen in both regular and irregular forms, which is reputedly because the regular form is gradually overtaking the irregular (for example senden). If that keeps going, we can retire this list in a few hundred years.

There are five groups of patterns, mostly according to the vowel in the present infinitive: “a”, “i”, “ei”, “e”, “ie”. As some of the “e” verbs fitted better with the pattern of the “ie” vowels, I grouped them together.

The pattern contains the vowel in the present tense (Präsens) and its changes in the past tense (Präteritum) and for the past participle (Partizip II).
If there is a change in vowel for the du and er/sie/es forms (just in the Präsens), that’s included in brackets. If there’s only one change shown, then it applies to both past and past participle. By the way, I let that last instance of “werbs” slide in as a little attention self-test before starting the real work of this post :).

I have to tell you one more thing, which some of you worked out from my greeting (which was “hi everyone”)! I live in Switzerland and we use “ss” instead of “ß”.
If that bugs you, you can go wild with the search and replace function in the spreadsheet.
So here are my findings as an overview. Below, you can find the link to the excel sheet for a more table-ish view.

These are verbs with the single letter “a” in the infinitive, that take “ä” in the du and er/sie/es forms, and “ie” or “u” for the past.
It remains “a” in the ge-form (Partizip II).

* There are occasionally minor changes to some tenses. Here, for example, the du-form of blasen, “bläst”, avoids a double s, and lassen doesn’t have a triple s in the du form “lässt”. Halten is “hält” in the er/sie/es-form to avoid ending with double t. Similarly, verbs with “–ang” take “-ing” in the Präteritum (“fangen” → “fingen” instead of“fiengen”). I think these probably make sense to you already.

** Hängen has an umlaut in the present tenses, but otherwise follows the pattern

The next group is similar to the first, and is the only time “u” is seen in the Präteritum:

Similar: schaffen
(Does not take the umlaut for “du” and “er/sie/es” and drops an“f”in past tenses (“schufen”)

(these two that are almost the same, but have an “o” in the past instead of an “a”. I’d have given them their own category, but schwimmen follows the i-a-o pattern so then I would have an exception within the exception to the pattern and my head had started to hurt.)

The third “group” is just two verbs that have a sharp sound instead of the sonorous versions with “n”. They take “e” in the Partizip II form:

Here, both Präteritum and Partizip II have the same change:

The first group is the “hardest”. It’s hard to find a scommon theme, although many of the verbs have two consonants before the -en in the infinitive (bergen, brechen):

* minor changes: “eh” becomes “ieh” in du and er/sie/es forms
(e.g. empfielhlst, empfiehlt), and treffen drops an „f“ in the past tense
** the base forms “fehlen” and “schrecken” are regular

The common theme for this group is having  “o” for both past forms.
The first sub-group, with longer “sch”, “cht”, “ll” or “lz” sounds take “i” in du and er/sie/es sounds, perhaps for ease of pronounciation:

All other verbs in this pattern have no change for du and er/sie/es tenses:

The next group contains all “ie” verbs that are irregular:

The last group has vowels modified by an umlaut (ä,ö,ü) , or the letter u in “au”.
Only hängen is not found here; it belongs to the a(ä)-ie-a pattern:

The spreadsheet lists all present and past forms for these verbs, and includes the 11 verbs that didn’t easily fit one category (noted as variations under the heading “pattern”). Colors are used to draw attention to differences and exceptions.
I highlighted where Partizip II takes “sein” instead of “haben” while I was there. There’s also a summary table of the patterns, which I hope will make sense after reading this post. Feel free to ignore it cheerfully if it doesn’t help you. Finally, I left in the spreadsheet another table that shows the regular/weak werb form together with some variations that I suspect were also made to accommodate easier pronounciation.

In the end I found, as I’d hoped, that I had enough familiarity with the list with be pretty sure if a verb wasn’t on it, in which case it had to be regular! My suggestion: learn all the words in a group together. It helped me link them to how they change in the past tenses, and most of the groups have fewer than 10 verbs. I used my basic clues (e.g. having sharper sounds, or “n” sounds) to try to develop a feeling for membership of the group. You could also make up stories like Slavica does (“German Noun Gender – A Learner’s story”) to link verbs in a group.

Finally, and best of all, you now know kiesen/koren. You’ll dazzle a local with that someday!

And that’s it :).
Of course, if you have any questions or thoughts about this, please leave a comment.
Hope you enjoyed it and see you in a few days with the biggest surprise of them all…
seriously… it’s pretty damn cool :)