I was on Joe Rogan!! 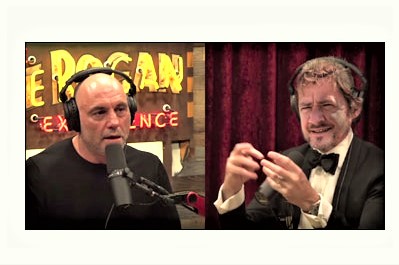 You have no idea how hard it was for me to keep this a secret and not tell you anything, not even a hint, but I made it and now I feel SOOO relieved that I can actually say it.

Many of you have probably heard about him, but for those who haven’t he – Joe Rogan is one of the biggest, if not the biggest, podcasts out there.
And what few people know is that Joe Rogan actually speaks very good German, and one of the sources he used was… my blog!!
So a few months back his team reached out to me and asked if I was interested in coming on and I said yes.

In the three hours podcast we talked about life, global politics, German food and of course Joe’s struggles with the German cases.
And there’s a segment in there, where we talk German for five minutes.
So, without any further ado, let’s jump right in.

Listen to the Podcast
April, April :)

Let me know in the comments how you liked it and also what you think of Joe Rogans German :).
Have a great day and see you next time.