A quick look at the meaning of "egal" and how to use it in a sentence. 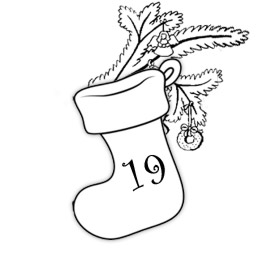 day 19 of our little German Advent Calendar, today with a look at a really important bit of language in our ever faster moving world where everyone screams news at you all the time. We’ll learn how to say:

And the absolute must have for that is the word egal.
Now many of you are like “Hey, that’s like equal.” And yes, they are brothers. But German egal has had a slight shift in meaning.
And by slight I mean biiiig.

The English version is about everyone having the same worth and rights. The German version looks the same. But what it really means is more like what a movie villain would say.

Seriously though…  Egal has no connection to equality anymore. used to be just like the English word. But it focused on that something is the same to you and then at some point it crossed over to the idea of “not mattering”. That’s what it is today.
And the proper word for the idea of equality became gleich, which by the way is pretty much like, just with a ge. But I digress.

So, if you say that something is “egal” you’re saying that it doesn’t matter.
Let’s look at a couple of examples.

Gee, what’s with these examples? They’re so negative and discouraging. And they hate America. Who wrote that? … what?… the intern? Oh.. well, tell him he’s on coffee watch for the next 6 months… what?…  he’s new?! IST MIR EGAL!! My phone is new, too, and it works just fine. Double shot almond mocchaccino on my desk, ASAP. Seriously.
Anyway, what was our topic again? Oh yeah, how to say “I don’t care”. And I actually just did it. All we need is to add a mir to what we just learned. So instead of saying “Something doesn’t matter” we say “Something doesn’t matter to me.”

And this is the number one way to say “I don’t care.”
Are there colloquial alternatives? Of course. First, there are a few words you can put in for egal. The most famous one is… drumroll…. Wurst. Yup, Wurst can replace egal. Which is really weird considering how much Germans like their sausage. Anyway, reason, shmeason, Christmas season.

Another common one is Latte and in Berlin people also say Schnurz and Schnuppe, and I bet there are lots of regional variants.
Of course, you can also make your statement stronger by adding the usual suspects… ganz, total, kack- and scheiß.

And last but not least there’s this phrasing.

which literally means that something passes you by by your butt.
And that’s it. Now you know how to say “I don’t care.” in German.

What about you? Did you know it already? Have you heard other regional options for egal?
And oh and then there was this recent  incident in China . What’s your opinion on it? Let me know in the comments below and win a little give-away.  And let me know in German ;).
Schönen Tag und bis morgen.

Oh and to make sure, you never forget “Is mir egal” again, here’s a little song. It’s from an ad campaign of the BVG, the Berlin public transport company. Viel Spaß.