Advent Calendar 20 – All about Asking 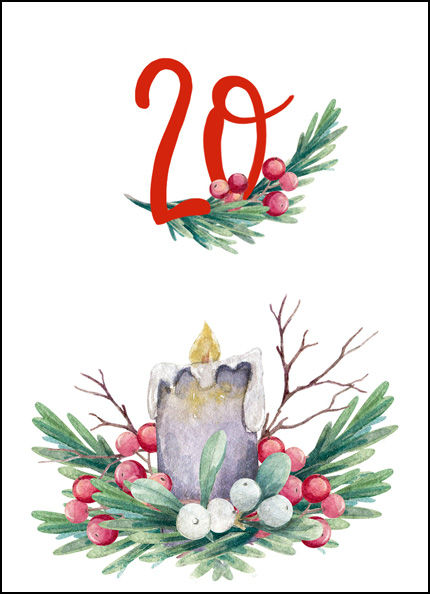 day20 of our German Learning Advent Calendar, and today, I want to talk a bit about a rather common German word.
One of the absolute essential German words even, because without it, we won’t ever get any answers.
I’m talking of course about

Now, of course you all know what it means, and you probably have used it many times already.
But let’s go over the basics real quick anyway, because why not. Feel free to skip it if you want to miss out.

And the same goes for the past tense, which would be ich fragte, du fragtest and so on. But fragen is definitely one where people use the spoken past in daily life and that is also super regular.

In terms of structure, the person you ask is the direct object, so in German that means it’ll be in Accusative.

And just like in English, you can also add the question as a direct object.

This is actually VERY unusual in German, having TWO Accusative like that. There’s only a handful or verbs that do have two Accusative objects. Like kosten for example, or lehren. Or nennen.

So fragen is actually pretty exclusive and cool. Or just a weirdo. Depends on how you look at it.

Anyways, the last thing we need to know to get the full usage picture is the verb’s pee-pee. Which stands of course for preferred preposition.
You see, verbs often have a pee-pee, that they use to connect objects. For the English to ask that is for.
And for German fragen, that is of course  für.
Nah… kidding. It’s nach.
And before you ask…  nach makes just as much sense as for does in English. For might just “feel” more logical because you’re used to it. But pee-pee just evolve and sometimes they do line up and other times they don’t.
Anyway, here’s an example

And that leads us right over to the one important difference between German fragen and English to ask – requests.
English to ask for is commonly used in contexts where you actually kind of demand something.

“Hello team, does anyone have an idea where peak performance is?
I kind of need it, but I can’t find it.”

So that’s the little overview over how to use fragen.
But the real reason I decided to include this word in this year’s calendar is its origin.

The origin of “fragen”

Obviously, fragen has no family ties to to ask. Nor to demand or request.
In fact, I wasn’t able to come up with any potential English relatives.
Actually, maybe take a second to brainstorm – Just based on looks and sound, which English words could be related to fragen…
…
…
If you can’t think of anything, no worries. As I said, I couldn’t either.
But there actually are some.
The origin of the family is the self-indulgently ancient Indo-European *prek-, which was about the core idea of asking, entreating.
And one of the English offspring of this is … drumroll… precarious. Today, this is about uncertainty and danger, but in Latin, it was more about depending on favors, asking for something. Which is what you’d do if your situation is precarious.
But there’s an even more surprising relative: the verb to pray. Which is in essence also about asking for something. And while we’re at it, to pray is pretty much the cousin of the Spanish preguntar. And that means… to ask. fragen – pray – preguntar… all cut from the same cloth. I was surprised when I found this and also a little bored. Like… can these languages never do anything original? It’s almost like modern movies. But that’s a different topic.

So, that’s it for today. Let me know in the comments if you have any Fragen about fragen and I’ll clear them all up.
Have a great day and I’ll see you tomorrow.