What does “to conjugate” mean

A fun look at the grammatical concept of conjugation. What it means, how it's done and whether or not we really need it. 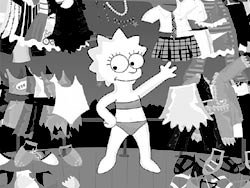 and welcome to our Grammar Jargon section. Today we will have a look at a rather wide-spread term –

Whenever you learn a language this word will be thrown at you from the beginning assuming that you know what it is. If you don’t and you dare to ask… well you might be given a half-assed explanation that doesn’t really explain anything.
However , it is hard to use a different word for it as to conjugate describes one particular action you need to do with the verb. So instead of calling it to conjugate you could call it …..hmmmm…. to changeatize or dress-upatize to make it sound more dynamic and cool. But… it’s there, it is a word and to conjugate is one example for grammar jargon, that you really need to learn.So let’s dive right in.

First we’ll explain what conjugating actually is and then we are going to have a look whether every language does it and to what extend it is necessary.

What exactly is to conjugate?

In a language that conjugates every verb has different wardrobes. First there is the infinitive robe. That is the one the verb is wearing when it hangs out in the dictionary or when it just accompanies verb like to want or to have to. Now as soon as the verb has to go to work, meaning it has to go to a sentence to do what it means, it will first check with which person it is going to team up for that and in what time. Person in this case doesn’t mean specific persons like Thomas or Maria, it means the grammatical or linguistic person. This person basically describes the relation between the speaker, so the one who says the sentence, and the listener. There is I, you, he, she, it, we you all and they. And he can be Thomas or Marc and you all could be 3 people or 3 Million. So depending on with whom of these persons it is going to the sentence and what the time is (present, past, future etc.) the verb will put on a certain outfit to match the person and make for a nice couple… if your sentence is a little soirée then the verb and the subject are the hosting couple and they want to look good together. The verb dresses a certain way – it conjugates.

Now let’s look at an example. We will take the verb to be.

As you can see the verb has 4 different dresses in total and its dictionary outfit doesn’t even vaguely resemble the other. But to be has also found the dress ‘are’ to be so pretty that it wears it most of the time.

For the rest of the English verbs the conjugation has almost completely disappeared. Only when the verb goes out with he/she or it it will still put on its little posh ‘s’… and there is the dress for past tense and the dress with -ing of course.
In Swedish the verbs do not do anything like that anymore in present tense. So whoever is their partner, they dress up the same. The other extreme are the Roman languages. Their verbs have one distinct dress for every single person and the dictionary form. They also have a set of dresses for pretty much every tense while the English verbs usually call up a buddy if they need to do future or conditional or something. English verbs have successfully outsourced most of the tenses while the Romans are happy with their huge closet.

The German verb is somewhere in between. It has a dress for I, You, he/she/it and you all and it puts on its dictionary form for we, they and the polite you. Let’s have a quick look at an example and take the verb konjugieren… any wild guess what that could be :) :

So everyone conjugates as it seems :) . At least in language class. The conjugation in German is fortunately really simple, so this won’t be too much of a problem.

And now let’s get to the question you are all yearning to answer.

The answer is clearly no, as there are obviously languages that can get along without just fine. You could also speak German without ever conjugating but it would sound very very very very […] very very odd. Just imagine the English verb “to be” were to grab the wrong suit by accident and your sentence ends up being:

Furthermore the German verb has this certain tendency to come at the very end of a sentence. When this sentence happened to be a little longer, a correctly dressed / correctly conjugated verb is a good reminder of who the subject is.

If you end the sentence with haben, a German will be very confused as to who supplied the free tickets.
So conjugation partly carries the information about the subject and some languages make ample use of that. Italian is one example of them. Italian verbs have a specific dress for every person, so they all conjugate. Consequently the subject can actually stay at home or have a quick espresso somewhere… oh the stereotypes :).

This does not work in English. By just saying “read” all I know is that it is not he, she or it.
Now some of you might say “Oh great, so since the person already indicated by the verb in German, I don’t have to embarrass myself by trying to pronounce ich anymore……. Sweeeeeeet.”

Well I am sorry but no! That is not possible in German. You have to conjugate and say the person anyway.

So… we have reached the end. To conjugate a verb means to dress it up properly to fit the subject. Some languages do it extensively, some do it half-assed and some don’t do it at all. But if the language does it, be it half-assed or not, mistakes will sound very very wrong.

Hope you enjoyed it and see you next time.