A fun look at the meaning of "gönnen", its really useful brother "günstig" and a bit of recent German slang :) 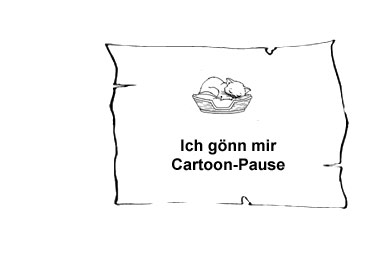 and welcome to our German Word of the Day. Roughly 100 years ago, Wilhelm Busch (a hyper famous German poet) wrote this.

It’s a nice rhyme, but also a bit of truth about human nature.
Today we’ll find out why, because we’ll have a look at the meaning of

And as similar as it looks and sounds to können – being able to gönnen can be REAL challenge because it means overcoming one of the strongest adversaries out there … and no nerds, I don’t mean Thanos.
I’m talking about our ego.

When you look up gönnen in a dictionary you get stuff like to grant or to not begrudge but they don’t really capture the core of it. Gönnen is essentially the super opposite to to envy. To “anti-envy”.
So it’s not just saying “I don’t mind that someone has this and that.”
It’s more like ““It’s GOOD/FAIR that the person has that, even if I don’t.”
Here’s an example

This sounds super genuine and giving, even if you didn’t get a raise. Like… you would have given him the raise, had it been up to you.
Maybe you can tell… I’m really struggling to capture gönnen in English but I hope you got an idea. And if not, maybe the negative helps.

As you can see, the negative doesn’t sound as strong as flat out saying “I’m envious”, just as the non negated version is not as strong as “I feel happy for”. But Germans are a bit more “neutral” about expressing their feelings anyway, so (nicht) gönnen is used a lot to express how you feel about someone else getting something. And sometimes actually also for actively giving … usually in contexts of permission.

And this brings us to gönnen with a self reference. Because gönnenyourself is always about giving yourself something. It works for any kind of treat, material and non-material and it is supper common… uh… I mean super common :).

Now some of you might be wondering where the word comes from and if there are any relative in the English language. Well, it used to exist in old English but that has disappeared long ago. It does have a brother in Swedish (unna) but overall, not much is known about the origin of the word.
Either way, Germans always have been quite fond of it. In fact it has even made it’s way into slang and… and I know this will sound crazy… a German meme.
But before we get to that, let’s look at the related words.
Now you’re like “Oh… prefix versions, here they come.”
But no, not this time.
The only prefix version gönnen has is vergönnen and we can’t talk about this unless we want to get fined by the who-cares-police.

The word that does matter is the noun die Gunst. In practice, the most common translation is favor but the core idea is basically the feeling someone has who gönnen you something – some sort of goodwill or something.

Now, all these examples were more or less fixed phrasings and the noun Gunst itself isn’t all that common in daily life anymore. Still, you’ll see it everyday dozens of times – as part of the very very common adjective günstig.
Yup, I was surprised, too, when I found out about this connection :)
If you’ve been to Germany or you’ve watched German ads, you most certainly know that günstig means cheap.
Now, that makes sense. Something that is günstig is that something “means us well”. And günstig is not limited to money but can also express the idea of convenient or favorable.

There’s also a bunch of word that are based on günstig so let’s look at a few examples for those, too. They probably seem a bit all over the place, but I think with the idea of favorable, meaning well in mind they all make sense.

But I think I hear the sirens of the wo cares police in the distance again so let’s get to what you’re all waiting for… the slang :).
And that is simply the phrase

It’s obviously the sichgönnen that we learned earlier, only that the object is missing. If I had to come up with a translation I’d say it’s “Indulge bro’/sis’, because YOLO.” … that’s kind of the vibe.
But I think examples will make it more clear :)

Okay, this last one, Gönn dir hart, has a REALLY STRONG teenage-y ring to it and unless your under 20 you should stay away from it.
But compared to other slang tropes, Gönn dir is pretty big and broadly accepted at the moment. There are whole songs with that title and it’s mainstream enough for ad agencies to start using it. Media Markt, a big electronics retailer, has a “Gönn-dir-Dienstag” for their online store (click here to check that out) and the Sparkasse posted the this on their Facebook page a year ago 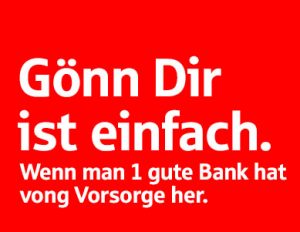 It means something along the lines of

And in case you’re wondering … “Gönnung” is not a word and “vong” CERTAINLY isn’t. They’re clearly trying hard here to get street cred. Ugh… when the cringe gets too strong :).
Anyway, so yeah… “Gönn dir” still is clearly identifiable as teenage slang, but it’s mainstream enough to use it with your buddies even if you’re past 25 (30 in Berlin ;).

And I think that’s it for today. This was our look at the German word gönnen.
As always, if you have any questions or suggestions just leave me a comment. Oh and if you want you can give it a shot and try to translate the poem from the beginning. Here it is again:

And if you’re like “Nah, I’ve done enough learning for the day.” … well, then just do what Leo says :)

Perfect picture for the phrase.
(Click here for variations of the “Gönn dir”-meme on image search)
I hope you liked it and see you next week.

gönnen – to anti-envy, unemotional version of “being happy for someone”
die Gunst – the favor (in sense of a person or situation being well meaning toward you)
die Missgunst – the envy (synonym for der Neid)
günstig – cheap, favorable
ungünstig – inconvenient
die Vergünstigung – the discount
die Begünstigung – being favorable for someone/something