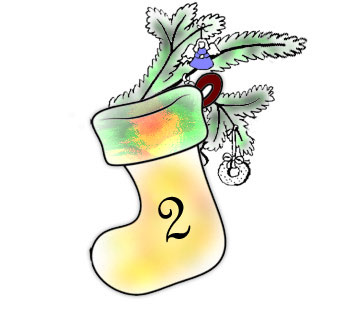 Well, talking about Glühwein. Some trivia and stuff. I know, not as fun as drinking some actual Glühwein together but some of you are underage, so we can’t.

So what is Glühwein? Most of you probably have a vague idea of it. The first written mentions of it comes from around 1850 and it’s essentially heated red or white wine (yes, white Glühwein is a thing, too) with lots of sugar and Christmas-y spices.
The main spices are cinnamon and cloves and orange. But of course everyone has their own secret recipe
and you can get a variety of supermarkets at the Glühwein. Hold on … I meant, you can get a variety of Superglüh and the marketwine… wait no… ugh… I think you know what I mean.
What? … well, of course I did have a couple of Glühs. It’s called research!!

Anyway, even though there’s such a variety, two things are common for all Glühweins.

It should NOT be heated above 80 degrees Celsius.
Do NOT boil it!!

Why not? Well, the spices will start to change their flavor and the sugar (of which there is a LOT, remember) will start to form Hydroxymethylfurfural, which  (like most things these days) is suspected to cause cancer. But even if not… who would want such a word in their drink, right.
But most important of all, 78 degrees is the boiling point of fun, as soon as you go above that, all the fun starts evaporating. I mean… not the fun. The fun is always there. The alcohol evaporates.
And speaking of which, the alcohol content of Glühwein has to be at least 7% and often hovers around 10%. So it’s usually a bit lower than that of normal wine but don’t underestimate it – It’s a hot drink, you’ll take in some of the alcohol through your nose and all the sugar will do the rest to get you tipsy super fast.
So… dirnk repsonisbly.!.

Now, if they don’t sell Glühwein at your local supermarket, you can just make your own. I’ve picked two recipes on Youtube for you guys,  but before we get to those, I want to tell you about some variations in that “genre” of “hot Christmas-y drinks”, so you’re completely in the know next time you hit the Glühwein stand :).

When you’re in front of the Glühwein selection of a super market you’ll probably see a thing called Winzerglühwein.
Winzer is the German word for someone making wine and Winzerglühwein is essentially a Glühwein made by a Winzer. You see, “normal” Glühwein, especially the cheap one, is made from blends of leftovers of cheap wines.  So the base was probably not that tasty. All the sugar makes it work, but it doesn’t make the headache potential go away.
Winzerglühwein – and this is by law – has to be made by a wine maker from wine of that particular wine maker. So it’s made with more love and you usually need less sugar to make it tasty because the base was tasty to begin with.
All this has a price of course, but a good Winzerglühwein is definitely worth it…. okay Winzers… you can send me the paycheck now.

This is the Scandinavian version of Glühwein and the main difference is that they’re not beating around the bush. Glögg is basically Glühwein with extra vodka or schnapps added. Hah… those vikings :).
But actually, also in Germany it is common to jazz up the boring Glühwein a bit. It’s called Glühwein mit Schuss and the most common liquors are Amaretto and rum.

This doesn’t really have anything to do with wine except that it contains alcohol and it’s hot.
Jägertee, literally “hunter tea”, comes from Austria and it is black tea with Inland-rum, which is basically fake-rum. You see, the Austro-Hungarian empire didn’t really have colonies and so they didn’t really have rum. Still, they wanted to drink it for cheap and so they decided to make a surrogate by.. drumrolll please… mixing ethanol with flavors and colors. I know, it sounds a bit gross but there’s actually nothing wrong it and Inland-rum is produced to this day.
Now, the name Jägertee is actually protected and you can only call your stuff Jägertee if it comes from Austria and is made with Austrian Inland rum. That’s why there are other names for it like Förstertee. But yeah… it’s black tea, with ethanol and flavors and color :).

Cool. And now it’s time to make your own Glühwein. The first one  is with captions only, so it’s perfect for beginners , the second one is classic talking so that’s more the more advanced learners.

Quite a lot of sugar, right :).
Anyway, what about you… have you tried Glühwein? How did you like it? Did you have a major headache the next day?
And do you have Glühwein in your country? Or do you have your own special Christmas drink?
Love to hear your stories and thoughts in the comments.
Have a great day and I’ll see you tomorrow :).