A fun look at the meaning of "gießen" and its prefix versions. With lots of examples and a special guest. 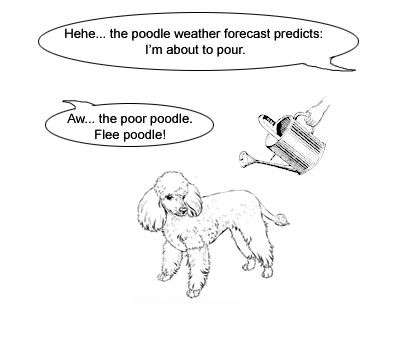 and welcome back!! It’s 2018 and this year, German is gonna be even easier than before. Why? Because self-fulfilling prophecy.
I mean… why should this concept only work for bad stuff, right. You will be fluent, no matter what you do. You can sit on the couch all day and not learn any German and you will still be fluent.
So if it’s gonna happen anyway, why not enjoy the ride ;).
And with compelling logic let’s jump right to our first Word of the Day of 2018, which is

Gießen is a verb you need in contexts of drinks, plant care and making church bells.
Wow, sounds like an intense session of mind-yoga. But this time, I actually made it sounds more difficult than it really is.
Touching our mind-knees with our mind-hands while mind-standing is actually all the mind-bending we need to fully grasp gießen.
Because drinks, plant care and making church bells have one thing in common…

And that thing is pouring – the core of gießen.

The origin of the verb is the absurdly ancient Indo-European root *gheu, which too was about pouring, spilling. From this root comes for example the word geyser – these natural fountains of hot water, in case you’ve never heard of the word). And also the English words gushand gust. Those two might seem a bit random but if we think of an idea of sudden flow they make perfect sense. And this idea also helps understand the connection to the Latin branch of the root, namely the verb fundere. W… which … erm… looks nothing like gießen. But I read about the relation on the web. In Buzzfeeds post “173 siblings you’d never think are related”.
Anyways, this Latin verb revolved around the idea of melting and pouring molten stuff and it’s the origin of words like fuse, fusion, confuse or fondant.
So gießen, the German word for pouring, is in fact related to fusion.
What does that help us?
Not a bit.
But examples will :)

One really, really important use is in context of plants because gießenis THE word for to water. And just like the English to pour, it’s also a pretty common synonym for to rain.

Now, of course gießen also has prefix vers… oh hold on, I see we have a call here, Anjelika from Romania, you’re on the air.
“Hi Emanuel, Bulgaria, not Romania… ”
Oh, my apology.
“Accepted. I have a question.”
Sure, go ahead.
“So, after that heavy rain yesterday, I was actually looking up to pour in a dictionary and I also got schutten.”
Uh… you mean schütten?!
“Oh yeah, right, schütten. What’s the difference between schütten and gießen?”
Great question! So one difference is the intensity. Schütten is more rough, less controlled than gießen. Like… you wouldn’t say that you schütten wine into a glass, but you might schütten it into the toilet, if it’s shit wine.
But the more important difference is that gießen is limited to liquids while schüttenisn’t.
“Oh … “
So you can’t use gießen in this example

And schütten on the other hand doesn’t work in sense of watering plants. But yeah, when it comes to pouring liquids, they’re pretty synonymous apart from intensity.
“Cool, thanks a lot.”
Well, thank you for bringing that up. Do you want to stay on for a bit and explore the prefix versions with me?
“Sure, why not. Are there many?”
Quite a few.
“Ugh… sigh…”
But they’re all pretty coherent because the prefixes do their basic job of giving the verb a direction.
“Oh, because it would sound incomplete otherwise, right?”
Exactly. Many German verbs sound a bit odd or incomplete if they’re not given some kind of direction. One way to do that is just stating the location.

And the other way is using a prefix which adds a vague sense of direction without being specific in any way.

That’s a general theme of prefixes – giving the verb a direction. And for the versions of gießen it’s pretty obvious, because there hasn’t been much twisting going on. I think you can actually guess most of the gießen-versions just by context. In fact, are you up for a little challenge?
“Of course … “
Cool, so here are three examples… can you get the gist by context?

“Phew, tougher than expected. Pasta is ready.. hmmm… abgießen..I don’t know, maybe drain?! “
Perfect!!! And you’re spot on. Abgießen is “pouring off water” and it’s used for draining pasta and rice and so on. And der Ausgussis where the drained water goes.
“Oh, the hole of the sink, the drain.”
Exactly. Any idea for the next one?
“Well… I don’t know what you say in English but pouring the water over the tea so it becomes a tea?!”
Yes!! I think the word is to steep but I’m not sure. Anyway, the last one?
“Erm… I don’t know… like… the pants fit like they were poured onto you?”
Genau. That’s a fixed expression though, so you can’t really find angießenanywhere. But yeah… you got all of them!!
“Yeaaaay!”
Do you think you can figure out the non-separable ones as well?
“Oh yes, bring them on! Huah!”
So, let’s start with vergießen… any idea what that could be?
“Hmm… I don’t know… of all four ideas of ver, the away-ver makes most sense to me so I’d say it’s pour away?”
Yeah, it is the away-ver. Though, for actually pouring away you’d use weggießen. Vergießen is more like to spill and it’s actually mostly used in context of tears and blood. Here’s a couple of examples.

“Awww, so the opera did touch you. That’s so cute.”
First off, these examples are 100% fiction and have nothing to do with me and second of all, I was crying tears of self pity. The only thing opera is good for is browsing the web.
“Uuhhhmm… Emanuel, about your jokes recently …”
I don’t wanna talk about it!!
“But you should. Because they’re really getti…. “
Hello… hello, Anjelika.. I can’t hear you… hmmm… looks like the connection failed. Well… that’s unfortunate.
But back to the prefix versions, the next one is begießen. And this is basically an intense, slightly technical sounding gießen. It’s not very common in daily life, but you might come across it as a synonym for to celebrate… you know… “intense pouring of alcohol onto an occasion” :)

Last but not least, there’s ergießen, or sichergießen to be precise. The er- has a notion of outward, exit here and, as usual, it adds somewhat of an epic vibe. You usually find it for stuff like streams pouring somewhere. But I think you’re more likely to see the noun der Erguss.

And see you next time.
…
Oh… ups, that was kind of premature, too :). But yeah, that’s basically it for today. This was our look at the verb gießen which is the verb for pouring. Well… pouring liquids.
As always, if you have any questions or suggestions, just pour them into the comments.
I hope you liked it and see you next time :)

vergießen – “pour away”, usually used as shed for blood and tears
verschütten – spill
begießen – pour something over something, also: to celebrate (pouring liquor over the occasion)
sich ergießen – pour into (the liquid itself does it), usually for bigger streams
der Bluterguss – hematoma, bruise
der Samenerguss – ejaculation (technical)