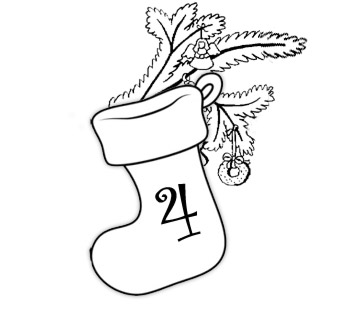 day 4 of our advent calendar and today it’s time for some fun. Get ready for….

I’ll give you a selection of tongue twisters that I personally find difficult. And yes, I’m gonna read them to you, first slow, then fast. And I won’t edit. So you can hear me fail :)

The German word for tongue twister is Zungenbrecher, by the way. So they don’t just twist your tongue, they apperantly break it.
So let’s see, if they’re really that bad.

And the first one can ONLY be this (the first audio is slow, the second as fast as I can)

Yeah, that sounds very German now, doesn’t it :). All those sh and ts.
This tongue twister is probably the most famous one even though it’s not the most difficult one. I mean… you just heard me. I totally aced it. What is it about? Well, it tells us about “the Fritz of Fisher” and how he’s fishing fresh fish. And please don’t ask me what Fritz is in this context; maybe the son of the fisher is called Fritz. I don’t know.
I wouldn’t think too much about the message of tongue twisters anyway. And the one with the fish is way more meaningful than the one coming up next, which is about making wax masks from wax mask wax.
Duh.

It’s actually very similar in English, so it might qualify

This one is by far less known than the first one, but I find it quite tricky. It definitely take some training to get it right.
Not as much as the last one though, which is also called “Students’ reckoning.”
Behold:

Not bad, huh.
And you know what the best thing is? It’s not even that hard for a German. Well… at least when they’re a bit sloppy about the ch. But I’m sure it is an absolute nightmare for students that have issues with ch.

So, that’s it for today. We’ll do a second part soon and there, I’ll show you the ones that are really hard for me, personally. So please don’t spoil any German tongue twisters in the comments yet.
But let me know what you think of the ones we had? Were they difficult for you? Which one’s the hardest? And what are some cool ones in your language? Let me know in the comments below, and enter the competition for today’s little giveaway (which I still haven’t decided what it’s gonna be)
Have a great day and bis morgen!