Word of the Day – “kacken” (explicit)

A po-etic look at the German word "kacken" and how to harness the full colloquial potential of it and its brothers. With audio examples and visuals. 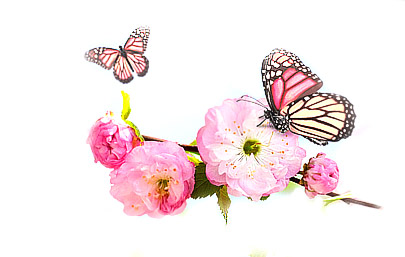 and welcome to our German Word of the Day. The word we’ll look at today is an absolute must. A must do for every single human being; even sexy Hollywood actresses like Kim Jong-Un…. I mean AND Kim Jong-Un.
And if you want to learn the language that people really speak, it’s a must have for you, too.
Because for today’s word, there’s a shitload of colloquial uses. Hey and speaking of shitload, that describes quite well what was I saw in the bowl after my morning number two today… here, let me show you …
I took a picture …
Come on, admit it. A part of you wants to click it. You want to know whether I really did it. Well, there’s only one way to find out. Make sure, no one at work sees your screen though….
Anyway, today we’ll have a look at an integral piece of colloquial spoken German. Ladies and gents, get ready for a look at the meaning and use of


It doesn’t look like it, but kacken is a direct import from good ol’ venerable Latin. Or should I say, ventral Latin (get it, get it?).
Back then, it was cacare and it had the same meaning 2,000 years ago that it has today: taking a dump.

And with all of these words a really important question is of course what’s the “dinner table factor“?
Well… it’s pretty pretty low.
Kacken is not as foul and rough sounding as scheißen but it’s more crude sounding than the English to take a dump. I’d say you can use kacken with anyone who you’d call “bro” but definitely not at a meeting or with the family of your crush. Or with your crush, for that matter.

Yeah… better wait with this till after you’ve passed the three months mark.

Now, of course it’s nice to know how to say to take a dump in a bro-way but that’s not what makes Kacke useful.
The thing is, every language has swear words, but languages have a different focus. Some use a lot of religious terms, others focus on the mother, English is biased toward intercourse and Germans are what we could call “fecal swearers“. That means that the bulk of their swearing is made up from words relating to the final stretch of digestion.
The most famous word is, no doubt, die Scheiße, and oh my God, while we’re at it… lots of German learners, even total beginners, like to use Scheiße but pronounce it the wrong way.
They say something like this:

See the difference? There’s no “z” in Scheiße. If you want to use the “heavy guns”, that’s fine, but then you need to nail the pronunciation or it’ll really loose all the “cool”. It’s like me sayin’ this:

Ugh. So cringe.
So… if you need to say Scheiße, say it with a SHARP S and if you can’t get your tongue to do that, you should probably leave it. Or you could use Kacke instead.

Because Kacke is kind of the little brother of Scheiße. It gets the “message” across, but it’s not as explicit, aggressive and rude-sounding. Like… Scheiße is a rutting deer, Kacke is Bambi. They’re both roe deer but they’re very diff … oh my god, what am I saying. Let’s just get to the examples:

And ’cause slang don’t give no damn ’bout grammar, just like Scheiße, Kacke can be used like an adjective.

And just like Scheiße, it can be slapped in front of words. And please make sure you LEAVE out the “e” then and say Kack-something. Because otherwise, you know…

I especially like this compound-Kacke, and I use it much more than Scheiß-. It’s low brow and crude and all, but at the same time, it’s kind of cute. Like… a pouting person vs. an angry person.
Cool.
Now, what’s missing is what in grammar terminology is known as Kackverbs… I mean… not Kackverbs as in they’re based on Kacke, not in the sense of they suck. Because they’re really, really useful.

The first one is also the most literal one. Einkacken means pooping your pants; both, in a literal sense and in the sense of being scared.

The next one is ankacken. Taken literally, it means to poop at something but it’s only used as a metaphor for bitching at someone.

It’s really funny if you visualize that in a literal sense. At least when you’re a 12 year old like I am.
Anyway, the two that are the most useful ones, abkacken and verkacken, are also the most abstract ones.
Abkacken expresses the idea of failing… like… really failing at some kind of activity. And it can be done by people as well as stuff.

And verkacken means to screw up. For those of you who’ve read my article on the ver-prefix… you can think of verkacken as to poo-ify, so as a classic change-ver.

The last one actually doesn’t really fit in, but I thought I’d mention it anyway.
And… I think that’s it for now. We … uhm… got it all out.
Now I have to go and wash my mouth.
Seriously though, Kacke is vulgar, yes, but I think it is way less offensive sounding in German than shit is in English.
That doesn’t mean, that you should start throwing it around all the time though. ESPECIALLY not literally.
A well-placed Kacke here and there among friends will make you sound super native but how does the saying go… less is more.
As always, if you have any questions or suggestions or if you have other uses that you think are missing from my list, just … uh…. drop me a comment.
I hope you liked it and see you next time.