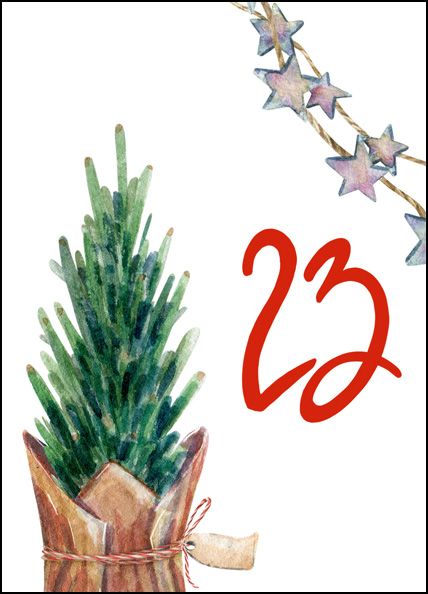 day 23 of the German Advent Calendar, slowly slowly (or not so slowly)  the Advent season is drawing to a close :).

So a few days ago, I did a poll where I asked you for one of the days what you’d like to see in the Advent Calendar.
The majority of you voted for the Yearly Oracle.
I didn’t expect that, to be honest, and so I asked myself, what would Jesus do.
But I didn’t like the answer, so I’ll do something different.

Seriously though, this morning when I got up, I was thinking that it’s maybe cooler to do it right around New Years. And that’d also give me a bit more time to think of some int… I mean … to connect to the 5th dimension and channel the oracle.

So instead, I’ll do the second place of the poll and that was… drum roll….

A Sneak Peek of my New Project

Yes, we already had the card game, and yes, the books are in the works as well, but I had an idea not so long ago and usually it’s best to implement ideas when they’re fresh and then let them grow slowly.

So… the project is called German Nuggets and I’ll just post a link to it, without explanation.
And it’s really JUST the pure “concept”. The simplicity is on purpose. No menu, no login, no nothing.

I have some ideas how to develop that and I might actually make it into an app with a premium version, but for now that’s the concept.

I’m really curious for your feedback, so let me know in the comments (here), how you liked it :)!

Have a great day and I’ll see you tomorrow.