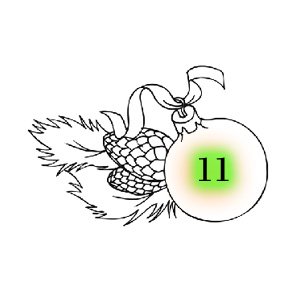 Looks like Goethe Institut took them offline. I cannot find them in the app stores anymore and the links on the Goethe website itself are also broken.

your favorite Advent Calender is back with another stuffed Christmas stocking. This one has the number 11 on it. And in it as … drumroll… a language learning resource. Because it’s not only Quizzember, it’s also Resourcember after all.

And today, I want to recommend a really nice

You’ve probably all heard of the Goethe-Institute. It’s an organization with a lot of outposts all over the world, all controlled by a hive mind and they’re actually one of the biggest ad campains for Germany besides cars.
I’m not a very big fan of the Goethe Institute, but that’s probably because they haven’t paid a hotel for me yet. That’s one of my life goals, you know. And NO, I do NOT want to send an application there. They need to come to me. Like: “Emanuel, we’ve noticed the great work you do for the German language. Please, give come and visit us here and give a talk. We’ll pay for your hotel and your bar expenses.”

So far, they’re all pretending like I don’t exist, just because my content is better and way less expensive. Goethe would have invited me for a beer, I’m sure. Me and him would have been such bros… but I  digress.

So the Goethe Institute is a pretty huge deal and they do all kinds of things. And one of the things they do is creating language learning apps. Some are pretty standard, so you get little quizzes and vocabulary trainers.
But they also have two apps, that I would LOVE to use for language learning.

I’m talking about interactive adventure games.
Basically, you play a computer game with a real story and characters. In it, you have to talk to people, solve mysteries and so on.
If you’re from the 80s you’ll probably know these as point and click adventures or text-adventures.
But the difference is that these two are specifically made with language learning in mind. And at least to me that sounds much more fun than the usual quizz apps.

They have two of these games out – one is for B1 learners, the other one is aimed at learners with A2.

So here are the trailers and the links to get them:

(For both games there’s a version in HD and a normal version in the stores, and there are different display languages available I think.
So you can just search the stuff from Goethe Institute to find those. )

Now, I have NOT played these games myself, actually. I’m recommending them mainly because I love the concept AND because Goethe Insitute has a lot of resources, so I’d expect these games to be at least decent. The trailers at least look quite cool, if you ask me.
The second game has gotten some really bad reviews on Google actually, but I think that’s mainly because it wasn’t running or it was too difficult at one particular point of the story. I really don’t know.
But if you like these kinds of games, you should DEFINITELY at least try them out :).

What about you? Do you like the idea of these games/apps? Do you think they’re helpful?
Or if you’ve actually played them, how did you like them?
Let me know all your thoughts in the comments. Have a super awesome day, and bis morgen :)

If you work for one of the many Goethe Institutes… let’s get it over with!! Just invite me! You’ll do it sooner or later anyway, so you might just as well do it now, before it becomes to embarrassing. Come on.