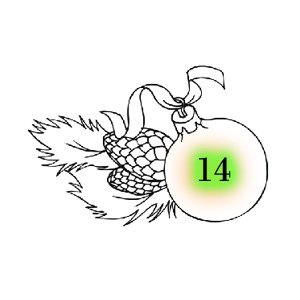 day 14 of our Advent Calender and today we’ll once again honor the fact that it’s actually Resourcember, because I have a REALLY cool resource for you.

Or to be more precise

A visual dictionary  (which in my opinion really should be called pictionary, is a book that depicts the words in it rather than giving the translations.
Those usually have a strong focus on “tangible” nouns. I mean, a concept like Erfahrung or a words like doch are kind of hard to depict.
But for visual learners at least they’re a nice little resource.
And the one I have for you today is kind of special.
First of all, it’s really huge. There are about 6.000 words and phrases in it. There are lots of words in it that I don’t know in English. Like instep for instance. And believe it or not, there are actually words that I don’t even know in German. No matter the area of life, this over 300 page book probably has a section on it. Here’s a screenshot with part of the section about ways to prepare food… 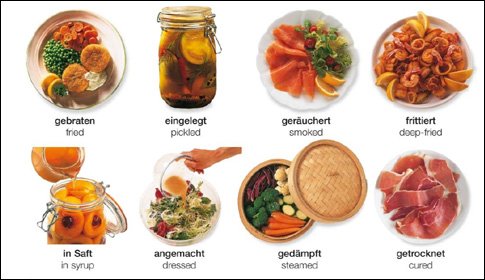 Now, as you can see in this screenshot… the book gives you the German AND the English word for things, which is great, but what’s REALLY cool is that it has an index in BOTH languages. So you can search for words BOTH ways.
Also, it has a section for these small, hard to depict words like doch and adjective antonym pairs and the layout is amazing.
And if you’re now like “Man, that’s probably kind of expensive.” then don’t worry, because the best thing about the whole thing is…

Yes, you read that right :).
You can view it online in a really cool viewer, or you can download it as a pdf, ePub or kindle (and some other versions).
Pretty amazing.
I’m not a big fan of visual dictionaries usually, because I find them to waste a beginners time with useless nouns. But the fact that this one is so comprehensive actually makes it a really useful resource, no matter where you’re at in your German learning.
I found it by accident, more or less, and I was really really happy.

So, what else to do than give you the link :). Bookmark it, download it to whatever device and flip through next time you’re on the toilet. I mean … couch.
Viel Spaß

(I viewed it in Opera browser and it’s a super smooth experience. Some browsers are a bit fickle (I’m looking at you, Firefox),
so if it doesn’t work, just try switching browsers.Oh and just in case you’re wondering… I think it is officially free. It comes from archive.org,
which is some open library project, I think. So you’re not downloading from some shady torrent website.)

Let me know what you think about it and about visual dictionaries in general in the comments.
Have a great day and bis morgen :)!!