A quick look at "die Geduld" - the German word for "patience". 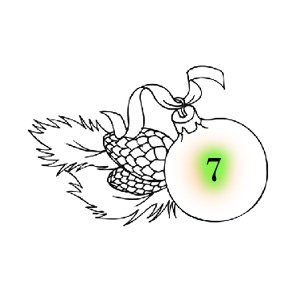 door 7 of our Advent Calendar and behind this door is another little sneak peek to my upcoming book on Prefix Verbs. This time, with a look at a noun that is very very very crucial for German learners :)

Geduld comes from the old Indo-European root *tele-. This root was about the idea of bearing, enduring and it’s also the origin of the English words tolerate and toll. Oh and the somewhat archaic English verb thole, which means something like to bear, to endure. German had its own verb dulden and Geduld is the classic ge-noun for that and originally was the ability to endure, to bear and then it slowly shifted toward a more general “ability to wait”. Or in one word: patience.

The word patience has a very similar evolution by the way, as it, too, was also about suffering in the beginning.
The word dulden is also still around, and it’s about the idea of (temporarily) accepting, letting be. And there’s erdulden, which has a bit more of a notion of suffering. But that one is pretty rare.

Let me know in the comments if you have any questions.
Have a great day and bis morgen :).