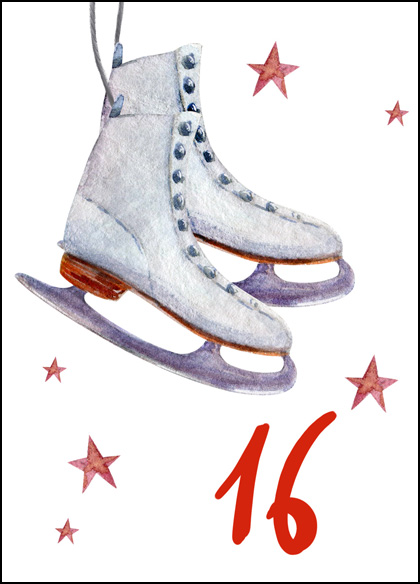 German learning Advent Calendar day number 16. And behind today’s door is a something that might be an absolute game changer, at least for those of you who make their own flashcards or vocabulary lists.
I definitely was like “Wooooaaaaaaah” when I heard about this – in a freaking TikTok video, no less.

Anyways, get ready for an epic

Google Sheets is pretty much Google’s version of Microsoft Excel and like Excel, it has lots of cool functions that 99.9% of people don’t know about.

And one of these functions is… drumroll….

Google Sheets can be set to pull in translation directly from Google translate.

And here’s how it works.

Open a new document, one column is for English and one for German.
Put some words or phrases into the side that you want to translate. 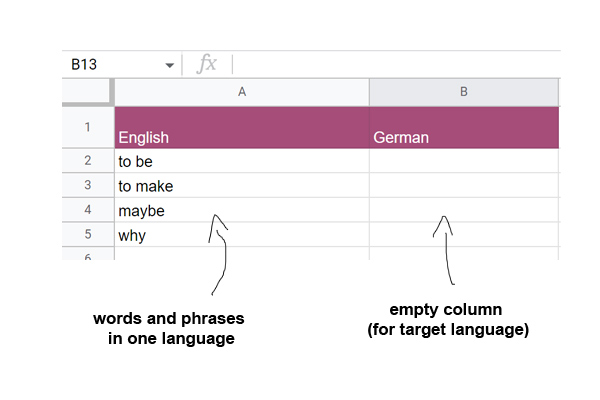 Now, go to the first cell in the column of the target language and put in the formula for Google Translate 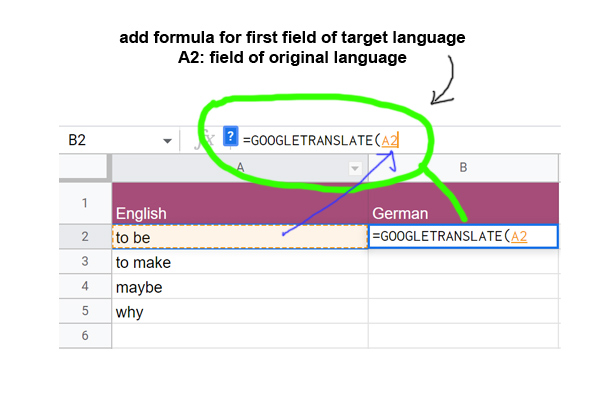 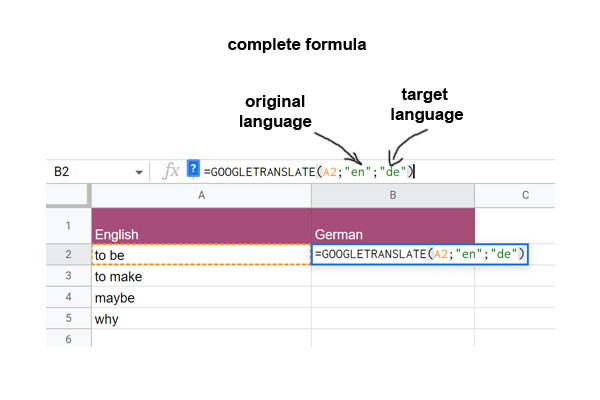 In our example, the origin field is A2, so the second field in column A. Once you’ve entered the full formula, hit “enter” and the translation will appear.

Now you can grab the lower right corner of the field that has the formula and pull that down. That’ll add the same formula to all following fields and adjust the row number accordingly. So you could theoretically easily extend that to like 200 rows and translate 200 words and phrases in seconds. 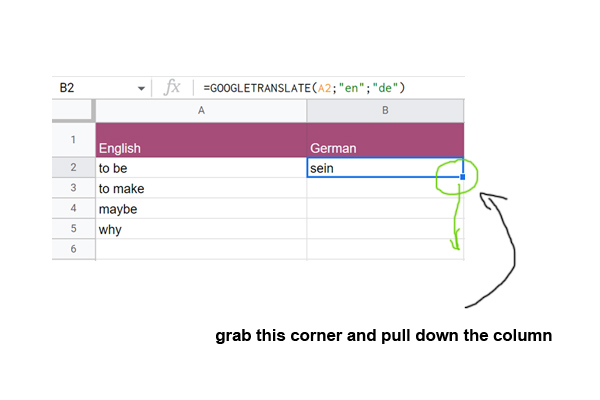 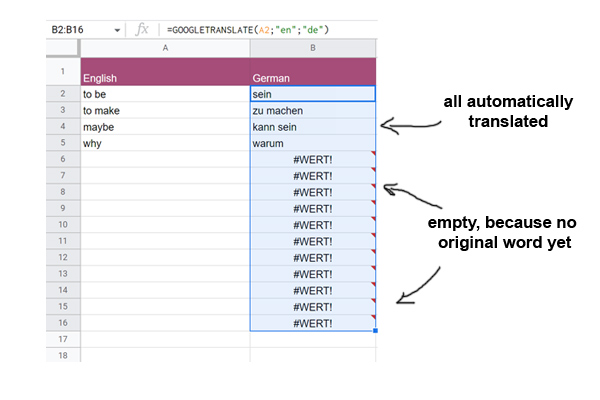 As you can see above, you can totally set up the formula for new rows that don’t have an original word or phrase yet. As soon as you enter one, it’ll be translated. 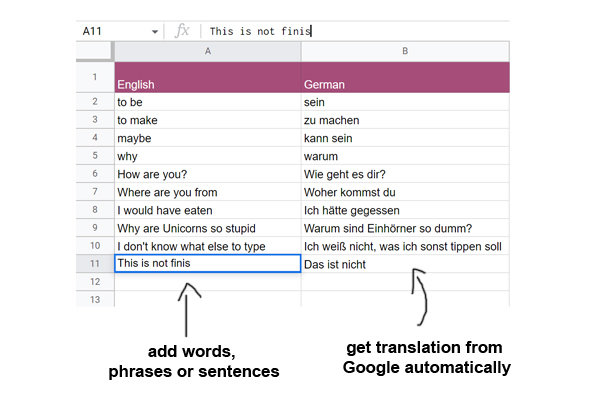 If you’re learning two languages at once, or you want to compare some, you can just add a new column and repeat the process with new language codes and boom… you have a new list. 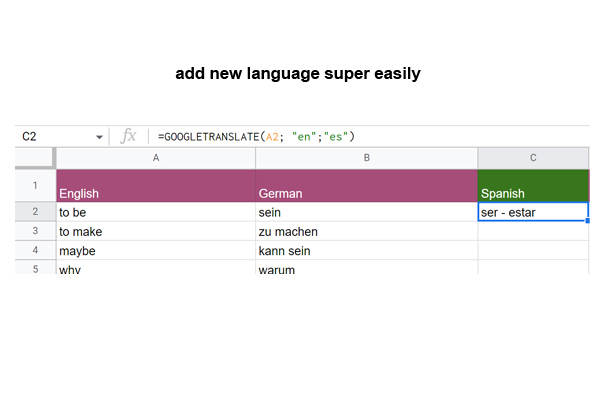 And I know that some of you also translate back the Google translation just to double check, so you can do that, to, just to see.

And of course you can also modify the translations, if you want to. Remember… they come from Google translate, so there’s no context and it’s not always the best or most intuitive match. In the screenshots, “zu machen” should be just machen and maybe would maybe be better served with vielleicht (though “kann sein” is not wrong).

But the longer phrases and sentences for example were all pretty well translated.

So yeah… I found this a really neat feature and I think it’ll be a real help for some of you at least.

Let me know in the comments if you’ve tried it and if you think it’s helpful. And also if you have any other cool hacks like that for sheets or excel or Apple’s numbers. I’m sure there’s plenty out there that we’re not aware of :)

Have a great day, and I’ll see you tomorrow.