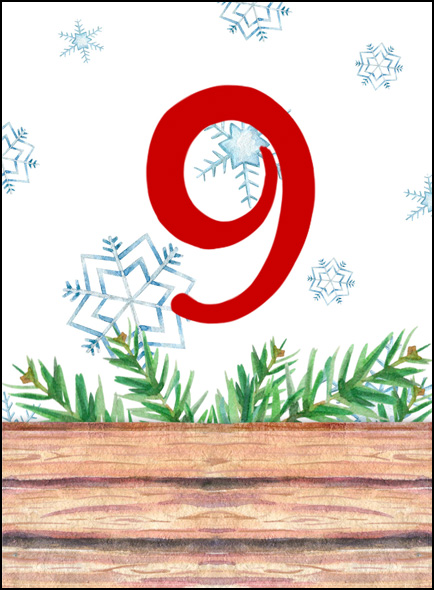 day 9  of the epic Yourdailygerman Advent Calendar. And behind today’s door is something that actually kind of already is on the site, but that most of you have not seen yet, but it’s something that I think you should see because it’s pretty cool and it took some work, too.
Ew… what  a shitty sentence :).

Anyway, I am talking about

The family of gene

Most of you are probably vaguely aware that I am building out a custom dictionary here, because I think normal dictionaries lack a few features that would be quite helpful for learners.
Part of my dictionary is that I am adding family connections so for a word you can see its relatives and also its thought-provokingly ancient Indo-European root (if it has one).

And for those I have slowly started adding a few more details, particularly what branches it has, how the meanings evolved along these branches  and what English words relate to this.
Because the root itself is not very helpful for a learner. What is helpful is understanding how meanings were shaped and how German and English words are related.

So far, I have only covered like 20% or so of the roots, but today, I want to show you one of those entries, because I found this one in particular very interesting – the family tree of gene.

Ideally, I’d love to have this a bit more visual, but for now it’s just an overview over the English relatives and “how” their meaning ties in with the core idea of the family.

***
(excerpt from the dictionary entry)

The family tree is incredibly huge, especially because Latin used the root to express things around birth, inheritance and possession.

Here’s an incomplete list of English members of the family, with some ideas how they tie together:

Let me know in the comments if you like this kind of information and if you think it’s a nice addition for the dictionary. Oh and also, let me know if these super short comments behind the words are actually helpful, or if it’s too abstract :).
I really hope you enjoyed it.
Have a great day, and I’ll see you tomorrow.

Oh, by the way and you can find the original entry here:

And there you can also see the (few) German relatives that I have in the dictionary.