A fun look at why fabric and die Fabrik are false friends and how to translate them. We'll also talk about der Stoff, and learn some word history. 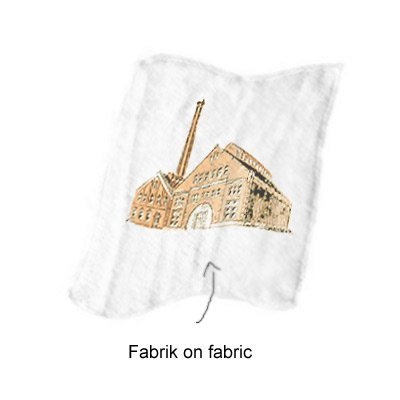 and welcome to a new episode of the awesome OEPY-series called False Friends Explained.
What’s OEPY, you wonder… it’s short for One Episode Per Year. Because that’s how this series goes at this point. That’s right. No one cares about false friends.
But today, because it’s Slowevember after all, it’s time for a new instalment. Hooray.
As usual, we’ll not only explore how the false friends actually translate, but we’ll also explore what made them false friends to begin with. Or in other words, which language is to blame for the confusion.
So are you ready for a look at

Then let’s jump right in.

The main meaning of the English fabric is a general term for the materials clothes are made from.
The German die Fabrik on the other hand is the place where clothes and other stuff is made at. No, not Asia.
It’s the German word for factory.

The origin is the Latin word faber, which meant something like skilled craftsman and was particularly often used for a smith. From that they derived the verb fabricare, which you’ll certainly recognize as the ancestor of to fabricate and I think you can see that the overarching theme is something about manufacturing.
German and English later imported the words from French, and in the beginning the meaning was rather broad and could refer to the process itself.
But then, especially during the industrialization, the German Fabrik ended up as the word for the location where the manufacturing takes place… the factory.

Fabrik does have a bit of an industrial tone to it, though. Like… it sounds like red-brick buildings, chimneys with dark smoke, and dirty hands. It’s not exactly where you’d want your chocolate to come from and it certainly isn’t what marketing people would want us to associate with a Lamborgini. So in a lot of contexts you’ll find the word das Werk – especially with food, but also for cars and other things.

By the way, thanks Elon for ruining my Lambo dreams this May!! I know you’re reading this!
Anyway…
Now, the English version fabric wasn’t about the building at all. Instead, it was about the manufactured material or structure. This older, more general sense is still visible in phrasings like the fabric of reality, but then fabric took special focus on the context of clothes; particularly, the material they’re made from.
And what’s the German translation for that? It’s der Stoff.

Many of you are now probably like “Wait, is that related to English stuff?”
And yes, it totally is. These two are also imports from French, and funnily enough, the original sense was quilted material. But slowly, the sense broadened and in English stuff can literally refer to all kinds of stuff.
But Stoff is not limited to material for clothes, either. It’s actually used in quite a broad sense of a (raw) material.

And let’s not forget about the chemical Stoff that we’re all breathing. The sour one :)

There’s also der Wasserstoff (the hydrogen) and der Stickstoff (the nitrogen) which makes perfect sense, actually, once you know that the -gen ending, which belongs to the Greek family of genisis and gene,  was used in early chemistry to indictate that the component “produces its name”. So hydrogen is “material that produces water”. So Wasserstoff is the direct translation.

Ha… we’ve veered quite a bit from the original topic, I feel like.
And no need for that, actually, because also in the family of fabric, there are some nice little connections to be found. First of, the verb to forge. Yes, it too, belongs to the family. And I think as far as meaning goes that makes sense. Forging is about handcrafting something. What’s a bit weird is that it seems to be really far away in terms of sound/spelling.
But there’s a nice little connection to help with this. Do you remember the Latin origin faber, which meant craftsman? Well, I think most of you have heard of these famous eggs of a guy named Fabergé. Well, guess what that name is based on. Exactly, his name essentially meant smith. And transforming Fabergé into forge is not hard at all… we just need enough pints of ale :).
Now, some of you might be like “Wait, Fabergé was from Russia, not from France.”
And that’s true. But his grandparents were from France, and that’s where the name is from.
But Russia is actually a really good cue. Or maybe I should say “dobryj”cue :)
You see, dobryj (hope that’s “correct” spelling) is good in most Slavic languages. And the reason I’m saying that is because … get ready… they’re actually related to fabric and Fabrik.
The origin of them all is the outstandingly ancinet Indo-European root *dhab- which meant something like “do with skill”.
And which proves something I have suspected all along. Our Indo-European ancestors might not have had cars or fridges or the math. But they were pretty damn savage and dabbed on them haters all day. 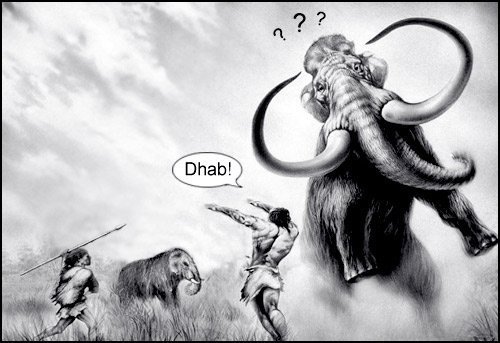 Okay… maybe I fabricated that last bit.
Anyway, that’s it for today. This was our look at the false friends fabric and die Fabrik.
As always, you can check if you remember the main takeaways in the little quiz we have prepared for you.
And of course, if you have any questions or suggestions about fabric or Fabrik or Stoff, just leave me a comment.
I hope you liked it and see you next time.