"erst" is much more than just "first". Today, we'll explore what it can express, how to use it and why it kind of is the opposite of "schon". 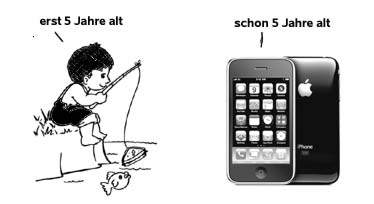 and welcome to our German Word of the Day. I hope you are all well and awake ’cause this time we will have a look at the meaning of:

Most of you probably know that it as first, but erst also a translation for only – a specific version of it, to be precise. And once you start digging for the difference to nur you’ll find another word there… schon.
Dun dunn dunnn.
Schon and erst, two sides of the same coin. Or actually, more like two views of the same side of the coin.
So, are you ready to take a look?
Then let’s go.

And we’ll start with the normal meaning of erst…

Erst- is the German counterpart for first in the sense of better than second.

Here, schön has no ending here, the word is used in the basic form.
This does NOT work with erst (and also not with first).

In English, we kind of need to have an article here, and we’d probably also add “one”.

In German, we need just the article, so that’s great. But of course we need to mind gender and case and also add endings to erst again. So that … well… that sucks.

Oh and then let’s also give a quick mention to erstens which is first or first of, in the context of lists. Erstens is used whenever you talk about a list, that is NOT time related… for example a list of reasons. Here a (rather complicated) example.

Cool.
So that’s erste- in the sense of first one.
Now let’s move on to erst in sense of time.

And in German, there are actually three main words or phrases that deal with first in a temporal context: erst, als erstes and zuerst.
Als erstes has kind of a list vibe to it. Like… you’d use it for the first of several steps.

Erst would work here, too, but it is more fitting in contexts where we order just two things in time…. like “first A then B”.

The third option, zuerst, fits in both contexts but it sounds a tiny bit more technical than just erst.

And erst is definitely the word of choice if you want to translate at first (or related things like initially or in the beginning). So if the story we’re telling has some element about change.

Erst also often teams up with mal.
Me personally, I don’t think that there is much of a difference in meaning between erst and erst mal. Maybe adding mal just makes it longer and less abrupt, thus maybe reflecting gradual changes better than a mere erst.

Anyway.. there are actually many other words and phrases in German that express the core idea of “first in time”… zunächst,anfangs, anfänglich, zu Beginn, am Anfang, eingangs.
But talking about the nuances would be a bit too much for now. Like… if you catch your brain going like “I need to know!!” and you feel a compulsion to look them all up then trust me… you don’t need to know. I know it’s hard, but it’s really a waste of energy.
What you really do need to know is the third use of erst.

So beyond this whole notion of first, erst has another idea it expresses. And that one is actually quite tough to grasp and explain.
Here are three examples….

You could translate them with something like first and it might even make sense, but that’d be completely missing the point.
Here’s what the sentences actually express:

Seems a bit all over the place, right? And yet, it’s the same type of erst to a native speaker.
Now, two of the translations involve only. And that kind of works, even though it’s a bit weird sounding if we use it for the second example.

Not sure if that’s even proper English or what it expresses.
And also, not every only can be translated as erst. We’ve actually talked about how to translate only in a separate article (I’ll put the link below), but I’ll give you the main point real quick: erst is an only that is subject to change. Like… it’s gonna get “more”. So maybe think of it as “only … so far”.

In the second example, nur would also work, but it lacks this notion of “We might go there again.” And in the first example, nur doesn’t really make sense, because time is ALWAYS subject to change and it will definitely get later than 10.
Here’s an example with the two back to back:

The first one means that I’m gonna earn more, the second one implies that the job is finished and my total earnings are 10 bucks.
To a German, that distinction is pretty clear and using nur when you should use erst sounds pretty strange.
Now you might be like “Wow, this is great! But do you have some more examples?”
But actually, I don’t want to go into that any further. As I said… there’s a separate article, if you want more.

Instead, we need to talk about a second way of thinking about this weird erst. A way that might actually be closer to its essence.
Are you ready?

erst expresses the opposite of already.

The best way to illustrate this is probably the example we had with the time:

We have a continuum, which is “time” in this case, and the two words express different perceptions about where we are on this continuum. already expresses that we’ve made quite some progress (for better or worse), only expresses the opposite.
And the German counterpart is the pair schon and erst.
And the question whether something is considered schon or erst is purely a matter of perspective.

One speaker might consider one apple to be far advanced on the “eating healthy” continuum, another might see it as not that much yet.
And understanding this dynamic might be helpful with German uses of schon and erst that aren’t all that intuitive to speakers of other languages. Like the weird one about Feierabend which I gave in the beginning of this segment. Here it is again:

By using erst, the speaker expresses that 8 is kind of late, while with schon it would sound like the end of work is unusually early.
And I know what question some of you have in mind now. You are wondering if it shouldn’t be schon for late ending and erst for early ending, just like in the example we had earlier.
And that’s a very good question! But the thing is… erst basically expresses that there’s lots of potential for “more”, while schon expresses that a lot of potential “has been used”.
If we’re at the bar and we say it’s “erst 10”, then we mean there’s lots of time for us to stay. And if we say it is “schon 10” then we express that we have used a lot already.
In the example with end of work on the other hand, erst expresses that there’d be lots of room for improvement…. because it is a late end. While by saying schon, we express that a lot has been achieved in terms of early end of the shift.
Phew… my head is starting to spin :).
Quick, let’s focus our gaze at this example…

Hmmm… okay, that didn’t really help with the spinning.
But seriously… if you can wrap your mind around the “duality” of schon and erst and really get a feel for what they express, that’ll make these two words way less confusing. But it might take a while, so don’t stress out over it. If you think of erst as the two ideas first and “only so far”, that’s a good base to work with.

And I think with that said, we can call it a d… oh hold on, I see we have a call here… I guess 2 more minutes won’t hurt… so … Hi Olga from Poland, have you enjoyed the show?
“Hi Emanuel, yes I did… I didn’t know these last things you explained so that was pretty interesting.”
Cool, glad to hear that… so Olga, what can I do for you?
“Well I read something really weird the other day in a German magazine and I was wondering, whether it is a typo… it was er-ste-res. Does that mean anything for real?”
Ohhhh… that must look weird for someone who is learning German, glad you brought that up! Well this really is a word actually… and it means das Erste – the first… it is just a weird way to say it without the article… the way I perceive it is that it is erster as “more first ” or “firster” if you will, and then you add a case ending. So you may also see ersterer, erstere, ersterem and so on… My explanation is nonsense of course as you cannot be “more first” but anyway… that is how it feels to me. German has 2 more of those words, zweiteres and letzteres. Based on my idiot explanation those would be the more second and the more last or the laster…
“And what does that mean?”
Ersteres basically means the former… zweiteres and letzteres both translate to the latter. There is no such thing as dritteres or vierteres, but you could actually say it.People would probably find it witty.
“Do you have an example maybe?”
Of course…

“Cool, vielen vielen Dank. Tschueessss.”
Bye Olga… And that was our Word of the Day erst. It can mean first but it can also mean the opposite of already . It is used a lot on German,especially in the second sense so try to grasp that.
If you have any questions or suggestions just leave me a comment. I hope you liked it and see you next time.