Word of the Day – “eigentlich”

A fun look at the meaning and the soul of "eigenlich" - one of the most misused words ever. Because it is actually NOT "actually" 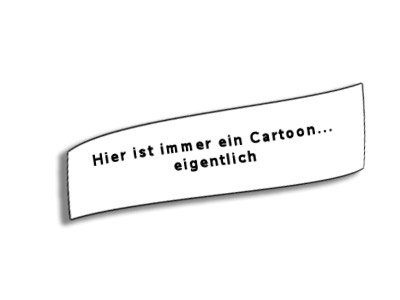 and welcome to our German Word of the Day. And today we’ll have a look at the meaning of


Eigentlich is super tricky. Many students use eigentlich the way they use actually.

I mean, why not, right. That’s what it says in pretty much all dictionaries. But … dictionary shmictionary! The two sentences do not express the same thing. You should not use eigentlich the way you use actually in English. Seriously! Stop it! Eigentlich is not the  actually we love so much. Like… it looks right on paper, but in practice roughly 87,21 percent of the eigentlichs non-native speakers use are out of place (source).
Why is eigentlich such a “faillite epique”?
Well, that’s what we want to find out today. So are you ready to dive in and look at how eigentlich is used? Cool.

Let’s start with the dumbest way to start anything… a detour.

“eigentlich” and “actual” – two of a kind

And just like actual, you can only use eigentlich in combination with a noun…  not as a stand alone like here:

So, these two words are really good translations for each other. They both mean something like real, core, essential, they’re used in the same contexts and  they even have the same usage restriction.
But… if it works so well for eigentlich and actual, what’s the problem with actually. Like… what difference could this little -ly possibly make.
Well, the problem is not so much the meaning… the problem is the feel.

Eigentlich and actually have totally different vibes to them. The vibe of actually is pretty much this:

What? .. oh, no that’s actually it. Ta Da! That’s the vibe it has. At least for me. This notion of “breaking news”.
Take these sentence:

The following response would be perfect for all of them:

Dude, if this is really true that is one piece of news.

Of course there are examples, where this isn’t very strong but on some level this notion of “big news” is always there.
Eigentlich on the other hand… eigentlich does not have much Ta Da in it at all.
The vibe of eigentlich is really hard to describe. It’s very dialectic. Like…

Just like actually it tells us something about how the world is. But at the same time  it brings another option, an alternative reality into play. Maybe we can think of it as a mix of usually, ideally and kind of.
Remember the sentence from the beginning?

This sentence tells us two things: 1) Usually, I like beer. 2) There’s something questions that reality. In fact, in this example many people would expect a but to follow up.

Not all eigentlichs are followed by an aber, of course. But this hinting at the opposite of what you just said is always a part of it. And this is precisely why you really should stop thinking  of eigentlich as actually even though it sometimes works. Because you run the risk of questioning your own statement.

The English version is a pretty clear statement. Ta Da... I’ll hereby have you know that I am taken. The German however…  the person does have a relationship, yes, but with the eigentlich in there I’d say… go for it ;).
Here’s another example.

This doesn’t mean that you actually don’t have time. It means that you don’t kind of  don’t have time … except you might have. Eigentlich keine Zeit really doesn’t sound like a clear “no” and as a matter of fact,  people even have a way to ask each other to de-“eigentlich” such a statement and be clear.

So… eigentlich and actually both tell us how the world is. But while actually makes it sounds like it’s interesting and possibly surprising news, eigentlich, dialectician that it is, hints at the other options how the world could also be.
Sometimes this vibe is really strong and the eigentlich basically sets up an aber. At other times it’s very subtle.  So let’s look at some examples how eigentlich is used and get a grasp for it’s vibe.

Let’s start with some where it’s rather obvious.

In all these the contradiction between two sides is pretty obvious. Now here are some where the eigentlich is rather subtle.

Here,  you’re making some kind of assessment and what the eigentlich does is kind of acknowledging that there are good points to be made against this assessment. There are lots of scenarios in which 32 dollars are not enough but based on your experience so far it should be. There are plenty of reasons why the vacation sucked but overall you deem it okay. And even though it’s far from setting up a but it still fits in with this general vibe of eigentlich… making a statement about how something is while hinting at other options.
Here are two more:

In these two eigentlich compares how things normally are with how they are in a particular instance. Take out the eigentlich and you have two very blunt statements about reality. In the first one, that would be super odd… I mean…  the laundry is dirty, there’s no denying. In the second however, the person doesn’t even know yet, if the sugar is in the shelf or not. But the eigentlich expresses that the person at least considers that it might actually not be there. So again, the eigentlich tells us how things are while at the same time bringing alternative into play.
So… these were some examples for eigentlich and I hope you could see that it always kind of does the same… just with a different intensity. What really makes it a tricky is that it can have different intensities in the same sentence and it depends on context …

This sentence works in 3 different contexts

The first one is the one that sets up an aber. The second one is the one that says that there are good points to be made for both sides. The context will make it clear but when it comes to using the word, you really need to develop a good feel for it.
Now, there’s actually a third possible context for the sentence…

This eigentlich is about contrasting  the fact that it’s a GOOD idea as opposed to a bad idea. Here, actually is actually a good match.
In fact while reading the examples you might have been thinking here and they “Hey, actually would kind of fit.” And yes, there are actually a lots of contexts where actually does that… kind of fit.

But even if it seems to work on level of the message itself… there’s definitely this difference in feel. The English have this vibe of  reveal, while the German versions lean more toward sounding like a more dry originally,  ideally or in reality.
There are really only a few phrasings and contexts where the two words line up completely.

And no… I can’t tell you when that’s the case :). Honestly. I really thought about it for a while but I can’t put my finger on it.
So my ultimate advice is the same as in the beginning…

Don’t use eigentlich the way you use  actually. It will most likely not work. And you might even end up saying something that you didn’t mean to say. And there is not THE ONE translation for eigentlich. Think of it as of normally, ideally and kind of put in a blender. Or better… think of them as T-shirts in three colors in the dryer while it’s on. You know that what you’re looking at is a T-shirt but in this moment it’s the green one and the blue one and then in the next mome… hell, what am I saying :). Just try to get a feel for it. Check ho people use it.  And if you then feel like “Hey, actually would actually fit here”… well good. But do not just throw it in wherever you’d use actually.
Now you’re of course all like “Okay, then what would be the best word for actually.”
And the answer to that is … … nothing.

This actually has no translation. Like… try to take it out of the English sentence. Would the message change? Not really. The actually just underlines what a cool surprising coincidence that is. And in German, the “wow” is enough excitement already :)

This is the perfect match for the English original. And an eigentlich with all it’s dialectical implications would be COMPLETELY out of place.
All right.
And I think that’s pretty much it. This was our lo… what? … in questions? Oh crap, you’re actually right! Eigentlich is used in questions a lot so we definitely need to take a look at that…

In questions, eigentlich does one of two things… either it tries to really get to the core of something, or it just introduces a new topic.

These were examples where eigentlich tries to get to the bottom of things and in this use it’s a pretty good match for actually.

The phrasing in the last example is super common in the world of magazines and journals to ask what celebs are doing that have not been in the media for a while. Check here  for some examples. Oh and in case you’re wondering what Chuck Norris is up to… I don’t know. But I know he’s up to it.
*Badum….  Tishhhhhhhhhhh
I’m soooo  funny sometimes and before you can disagree I’ll quickly wrap this up :). We’re done. This was our look at the tricky word that is eigentlich. And I know I’ve said it already but I will say it again to make sure you really heard me…  DON’T think of eigentlich as actually. It’ll pretty much always end up wrong because the word have a different vibe. Actually sounds like a news anchor presenting a scoop, eigentlich sounds like a professor sitting at a desk debating your question. Well, not that extreme but I hope you know what I mean. It’s saying something about how the world is but at the same time it considers that it might be different. And these two vibes just really don’t go well together. As always, if you have any questions about this just leave a comment. Eigentlich is definitely a tricky word to pin down so I’m sure there’s a lot to talk about. And if not… well then just say hello.
Schöne Woche euch allen und bis nächstes Mal.

Oh by the way…. I’ll post a little bit on the history of the words actually and eigentlich as a comment. I didn’t use it in the article because it was kind of distracting and unnecessary but it’s interesting no less and it might actually give some insight into the different vibes of the words.
:)