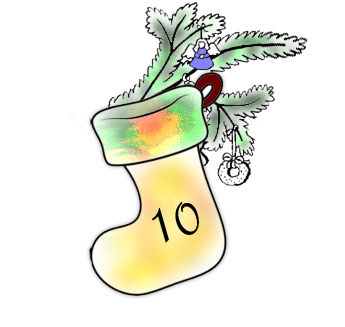 “Talking about your degree“

and welcome back to our Epic Advent calendar, day number 10.
And Christmas season is not only the time for family, presents, introspection, relaxation and WAY too much food.
It’s also the time to get a little tipsy on Glühwein. Or shitfaced on Gin after that heated discussion at Christmas dinner.
And so today, we’ll do a little round up of

German words for being drunk

We’ll do it “order of appearance”, so we’ll start with being a little bit tipsy. And the German word for that is

Sounds a bit like a little hiccup after a glass of liqueur. And also a bit like bewitched actually.
It’s a really cute word, in my opinion and just like tipsy, it captures the “spirit” of that stage pretty nicely. You know, you’re still in full control of everything but your mood is a little elevated.

At the core of it is the noun der Schwips which is something like a very slight buzz. Originally, the noun described the swaying walk you have when you’re drunk, but over time, it shifted toward more the beginning stages.

It’s not too common, and it’s more fitting for elegant drinking. Like … think of a bunch of ladies having mimosas or a cocktail.
For beer, the next one is the better choice.

One of the ideas that the prefix an expresses is the idea of beginning and that’s what it does here… you’re at the starting stage of drunk. It’s a little stronger than beschwipst in my opinion, but that’s probably subjective.

Now, technically, angetrunken is the ge-form of the verb antrinken, but there’s a noteworthy difference. Because here, the an- expresses the notion of toward.

Thomas drinks courage “to himself”. Didn’t work well for him though, probably because he wanted a little too much courage, and ended up in the next stage.

And this is the main German word for actually being drunk.

And of course we also need to mention the verb betrunken is based on… betrinken. Or we should say, sich betrinken, because it’s always with a self reference. And that’s the German word for to get drunk… you “inflict drinking” on yourself.

Cool.
Now, betrunken is definitely the most common word, but of course German does have a few synonyms for it. Though they’re not actually not as “powerful” sounding as the English hammered, wasted or shitfaced.

The first one besoffen which comes from the verb saufen. This verb belongs to the same family as soup, but it shifted toward being the word to drink for animals. And I think it’s not hard to make the transition from there – it’s also a colloquial, rough option for drinking lots of alcohol and besoffen and sich besaufen are basically rough versions of betrunken and sich betrinken.

Then, there are also the adjectives hacke and dicht and their fusion.

And last but not least, let’s give a shout out to betütert, which I would call the “metrosexual” option. So it doesn’t sound “manly” enough for the “old school” masculine male type but it’s pretty common in Berlin and it’s definitely fun. Like… think of drinking prosseco on ice and mint liquor at a vernissage… that type of drunk. You’re drunk, but you’re fun, positive drunk. Not agro monkey drunk.

And that’s it for today.
And I know that some of you are now like  “Emanuel, what about blau?”
Which is a valid question because blau is also a REALLY common option for drunk.
But that’ll get its own door in this calendar. Because this post is already long enough and the story behind the drunk-blau… damn, that is CRAZY!!! Like… legit crazy.

So yeah, let me know in the comments if you have any questions or if you’ve come across any other German drunk words.
Have a great day, and I’ll see you tomorrow.