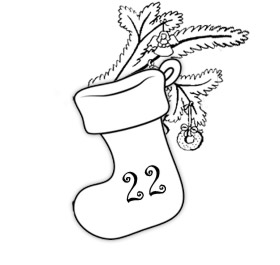 day 22 of our Advent calendar. It’s winter in the north. The days are cold and dark. And after a long day of building amazing cars and being demure, what are Germans looking forward to?
Exactly. Eating potatoes.
And then cuddling in front of the TV.
Yes, unlike laughing, cuddling is something Germans actually do. And the German word for to cuddle is


And I have to say… I really like the sound of it. Kuscheln.  Like a really soft, cuddly pillow :).
All the more surprising that its origins are a command for high class hunting dogs. There was a time when they were trained in French and “Kusch! ” is the germanized version of French “Couche!” – the command to lie down.
Kuscheln is based on the French verb coucher, which means to lie down, and the reason it was imported was as a command for royal hunting dogs, which at the time were often trained in French. In fact, Kusch! is still in use as a somewhat vague command for dogs to go away and the verb kuschen is used to express the idea of shying away from something, not standing up to someone.

Now, so far so good, but all this you could have found in dictionaries.
But I have a few really cool, colloquial Kuschel-words for you, that’ll make you sound super German. If you have a German partner or  German friends or German co-workers or a German Skype teacher or a German shephard… try one out. They’ll be really impressed. Well, except the shephard maybe :)

And there are many more like Kuschelalarm. Or Wiedergutmachkuscheln :).
So… this was kuscheln,  the German word for to cuddle and an absolute must have… and must do.
If you have questions or opinions or you want to try out some made up kuschel-words or  you want to send a kuschel-request out to the German learning community, just leave me a comment and maybe win today’s awesome (little) giveaway.
Have a great kuschel-laden day and bis morgen.