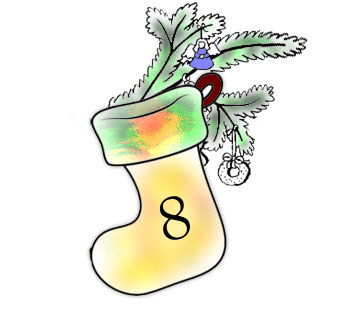 “Laying down the law“

and welcome to day 8 of your epic German advent Calendar. And after thrilling round up of cleaning words yesterday, you’re probably thinking that the calendar has peaked, and there can’t possibly be anything cooler. And yet, there is, because today I want to talk about one of the most random topics I have ever written about:

The foundations of Law

And no, I am not kidding this time.
I really do want to talk about law.
Specifically, I want to compare continental Europe with the English speaking countries (UK, USA, Australia and parts of Canada).
Because even though we all share a lot of the same values and are strongly influenced by Christianity,  when it comes to law, there’s a very old, very fundamental difference.
Most people are oblivious to this and it’s never talked about in language classes when they have their “culture segments” but in my opinion, knowing that difference can actually help a LOT understanding differences in mindset and politics between continental Europe and the Anglo-Saxon world and why the EU seems to be regulation-zilla.

The difference I am talking about is the difference between common law or case law on the Anglo-Saxon side, and civil law or codified law for continental Europe.

In medieval times, law was a very regional thing. But as kingdoms and princedoms slowly emerged and grew, naturally, there was a desire to centralize that and make it the same in all the kingdom.
Continental European kingdoms and states took as a basis a body of law from the late Romans –  and that was a well organized compendium, sorted by topics, divided into sections and subsections.
The various countries molded and expanded it in different ways, but this core structure of essentially having a well ordered list, also known as “code”, remained.
The role of the judge in such a system is essentially to get an objective view of the situation and then look up in that list which laws apply.
That means the more “comprehensive” the entire code, the better and over time, the legislative power, be it a king or a parliament, added entries to the list.

Just like continental Europe, so was England a patchwork of regional rules and traditions, but also here, about 1.000 (!!) years ago, the kings of England started making an effort to get a better handle on that.
But the English kings did NOT go the route of writing a comprehensive list and spreading it around. It probably wouldn’t have worked anyway.
Instead, what they did is they employed “traveling judges”. They would travel around and pass judgments in the name of the king, slowly gaining more “market share”. And they would report their cases and decisions back home for reference.
And eventually, fixed king courts started popping up.  And slowly, a compendium of rulings emerged, which would serve as baseline for new cases.
The role of the judge in this system is to get an objective view of the situation and then see how that compares to the baseline. If there had been a similar case before that, they were encouraged to stay close to that ruling. And if their case was new, they could add their own little bit to the ever growing body of rulings.
So in common law, the role of the judge is at least in part also legislative. They don’t just interpret the law, they take part in shaping the law.

Cool.
So now we know the two paradigms, and the big question is… why do I think this is such a big deal?
And the answer is…

If your system relies on have a complete list of laws, you have to make them. And that is why continental European parliaments and governmental agencies try to make rules and regulations for many possible situations so that people have clarity BEFORE things go to court.
That is at least part of the reason why there are so many regulations coming out of Brussels.
But of course making laws and regulations takes time, so Europe is a bit slow when it comes to new things and innovation. Because the companies also tend to wait for regulatory clarity.

The Anglo-Saxon world on the other hand has a more “open” approach. The common law system partially relies on judges to expand the law, by simply adding their rulings and the reasoning for them. So if there’s a new, unregulated area, the legislature tends to be like “Yeah, let’s wait till someone takes that to court and then the judges will figure it out.”
That’s why you have these EPIC lawsuits in the US, where the result can determine the fate of an entire industry. And that’s also why you have all these lawyer and court TV series and movies. German courts are nowhere near as exciting, as the judge is more an interpreter of the law than a molder.

And seeing how these things have a evolved for a thousand years almost, I feel like they’ve also sunk in to the common subconscious and people in continental Europe lean a bit more toward big government, while the US especially low-key is like “Ewwww, I’m not sure if I really need that at all.”

So… that’s the big difference I wanted to tell you about, and at least for me, it has helped me understand the cultural differences  between Germany and the US a little better.

Oh, and by the way… while reading up about this I found that Canada actually uses both systems. Quebec uses the civil law approach and the rest of Canada leans toward common law. And you have two different types of lawyer certifications there, one for each system. Pretty interesting stuff.

Anyway, that’s it for today :).
Just to make sure, though… I am no expert on this stuff and this was SUPER simplified, so if I made a mistake somewhere, please correct me.
And let me know what you think about this. Did you know about it? Do you think it’s interesting? Does Brexit make more sense now?
Let me know all your thoughts in the comments, have a great day and I’ll see you tomorrow.