Collocations – and how to learn them 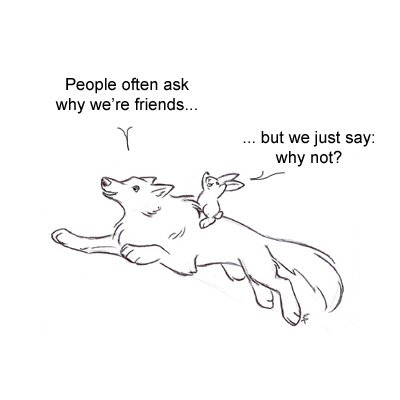 this week I’m having a guest on here :).
Her name is Slavica, and a while back, she reached out to me about something relating to her final paper in linguistics.
She has since graduated, but she obviously didn’t stop studying and being fascinated by languages. And not so long ago she reached out again and asked if I was interested in a guest post.
Usually, when people ask if one is interested in guest posts it’s because they want to place text links to their own websites in there. And the posts are usually super generic and boring, because the author doesn’t really care about the material. That’s why I don’t usually take guest posts.
But with Slavica it’s different. She REALLY loves languages and she just wanted to share her passion with you, not a link.
That’s why I have decided to give it a try.
Also… I have done quite a bit of work behind the scenes these past weeks. Specifically, I am giving old articles a much needed do over… I just got done editing the one about “sondern” and I have to say… that was a mess. Like… what was I even thinking :D. It’s MUCH better now.
Anyway, so … the topic Slavica is going to talk about is

And if you’re now like “Cool… uh… collo-what?” then you’re just like me.
I didn’t know what it was either. But we all use them literally everyday.
So… Slavica, I pass the mic on to you…

Did you know that taking pictures in German shops is not necessarily allowed and it could even end up with a fine?
A single “excuse me, can I take a picture” could save us trouble and money.
Better safe than sorry, and always ask, because ignorance can be expensive.
So what does the German version of asking for permission look like? A solution logical to an English mind might sound something like:

But this would not quite match the German reality. Native speakers of German don’t take pictures in this context, they make pictures. So the standard expression would be:

Don’t get me wrong, Fotos nehmen is not an incorrect phrase. A native speaker is very likely to understand what you mean by that. But, in a native German mind, the phrase Fotos nehmen triggers a whole different concept, and not the one you had in mind.
The question “Entschuldigung, darf ich ein Foto nehmen?” evokes the image of a pile of photos from which you want to take one, so don’t be surprised if you get a reply:
What we are dealing with here is a case of a collocation. Collocations fall under the category of multi-word chunks and share some properties with other multi-word expressions like idioms. Collocations and idioms are not rarely confused, but they do differentiate, so let’s tell them apart real quick.
Idiomatic expressions such as clean out my closet in English or aus dem Ruder laufen are often unrelated to the meanings of the individual words they are composed of. What I am saying is, if you try to figure out the meaning of the phrase by analyzing the meanings of the individual words, you wouldn’t get much far. You need to really learn them by heart the way they are.
Furthermore, getting them wrong could easily lead to misunderstanding or not being understood at all.
Now, collocations on the other hand are ALSO combinations of words that frequently go together. Unlike idioms though, collocations are semantically more transparent and flexible. And also, getting collocations wrong would less likely lead to missing the point.
Let’s look at some examples and see that they come in all colors and forms:

The meaning of at least one of the components in a collocation is usually pretty much related to the meaning of the whole chunk.
The other component has a usually more vague profile. Its meaning is rounded up by the element they are combined with. For example, machen is specified when you add the Fotos or Pause to it.
I would therefore name Fotos or Pause the carriers of the meaning in the chunks.
Having Fotos and Pause already stored in our mental dictionary, the meaning of the less flamboyant item machen is more dependent and – and this is important – remains outside of our conscious radar. You don’t even consider it as a separate item.
It’s like when you are eating a pizza. You probably wouldn’t say “I ate a piece of bread with toppings on it”. Unless you are a professional chef or a cooking enthusiast, it is very unlikely you would care about the individual ingredients. What matters is if the pizza itself tastes well, and not what it’s made of. You think of it in terms of a complete unit, and not in terms of its components.
So, collocations somehow sneak away unnoticed by a learner’s mind.
I mean, for example, you are having a chat with a friend who is a German native speaker, and you guys are planning an afternoon walk downtown Munich.
She says:

As a B1-2 learner, you have very little trouble understanding each separate word in the sentence, and processing the information. So your mind doesn’t even register the structure and the choice of words.
Therefore, all goes unnoticed.
Now, a few days go by and your photo safari comes up in a conversation. You have the afternoon from that day in a form of a concept in your memory, and your English-shaped mind reports it in a language produced by your English logic. You say:

Correct grammar, correct lexical choice, but still not idiomatic.
We missed out on the collocation, because our minds process information in form of concepts, or ideas, and not words. If we understand the meaning behind a chunk, our mind doesn’t bother analyzing or memorizing the parts.

The takeaway from this would be, treating collocations as chunks instead of viewing them in terms of their components: learning ein starker Regen as a single unit is less demanding than learning it disassembled.

Personally, I find collocations fascinating, and I absolutely love them. They are usually the source of the wildest metaphors. When we use collocations specific to our native language, we are absolutely unaware how weird they may sound to a speaker of a language other than ours.
For example, you are learning the meaning of the verb erhöhen in German. Trusting our good old dictionary, we see the meaning of erhöhen is to raise. So it is not surprising if we consider it absolutely reasonable to combine erhöhen with nouns to raise in English combines with: prices, voice, hopes, money, children.
But you could get a few pairs of raised eyebrows if you say:

To ask is another example where we find several collocations in German:

It goes the other way around as well, i.e. from German to English. Take for example the verb fahren. Fahren goes with much more means of transport than the English counterparts:

You find collocations at all levels of language learning. For example,by the time we reach level B1 we should already have heard the phrase Kinder erziehen so many times that it is already memorized as a single unit.
At a later stage, you learn that the German company (Gesellschaft) goes with leisten. You can never say you are done and you’ve become an expert on collocations in German.

Collocations are worth learning, if you ask me. They are part of the very fine layers that make each language unique. They are part of our intuition and we have learnt them implicitly at a very young age in our native language. Learning collocations in a non-native language is not an easy task and it means overcoming two challenges.
First we need to pay attention and notice words that often go together.
And second we need to learn and use these chunks in context which is a bit harder task.
Exposure to the language in its natural environment, among native speakers would be ideal. Since this is often not the case, reading, reading and reading is the next best thing.
Written texts give us the chance to stop and go back. Researchers have found that learning a new word and storing it in your mental dictionary happens after it has been encountered 8 – 10 times. I would take this claim with a grain of salt. It takes much more to memorize and learn how to use a language than a simple exposure.
As I have pointed out earlier, you have to be able to notice and you need to be aware of the words that often occur together (the first challenge). And what’s most effective is the feedback (ideally from native speakers).
In my case, I had to cause a few chuckles and be corrected each time I said Lichtbirne to finally get it that it is actually Glühbirne, and not Lichtbirne. Glühbirne is now stored in my vocabulary as a single unit denoting simply a light bulb without evoking the image of a glowing pear in my mind.
I won’t be caught confusing the glowing pear with a shining pear anymore because I don’t even think of it in terms of a pear (Birne) that glows (Glüh). It’s only a light bulb (Glühbirne).

To wrap it up, collocations are those combinations of words that for some reason go together and sound more “natural” than other combinations. When using them, we cannot rely 100% on the knowledge we have about the individual words. This is because collocations are less formal, have no patterns, and are more related to the intuitive knowledge and cultural aspect of a language. They are a special part of language that requires a little bit of a different approach in learning. Collocations are always present from the beginner stages all throughout the whole journey of language learning. Being aware of them can ease up our journey to the next level of learning.

As usual, if you have any questions about this, leave a comment below and we’ll try to clear it up. And of course also share your thoughts about the post. Did you like it? Would you like more posts like this that are about language and language learning in general.
I’m looking forward to reading from you, as usual. Have a great week and bis zum nächsten Mal.