Advent Calendar 10 – Lord of the Flies 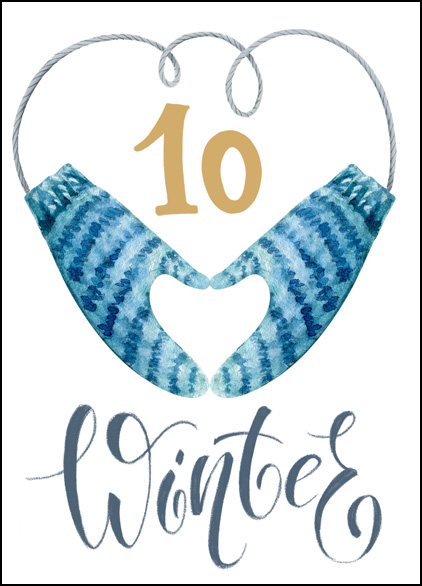 “Lord of the flies”

welcome to day 10 of the absolutely trademarked YourDailyGerman™ Advent™ Calendar™.
And today’s little surprise has nothing to do with German at all.
Because today, I actually want to tell you about

Because this is one that actually works, it’s one that I use in practice and that makes my life better AND I came up with it myself.

Well, it’s very likely someone else on this planet has had the same idea, but I was really proud when I came up with it and I want to spread the word, because it can really make a difference.
Oh man… maybe I hyped it up too much just now.
Anyway, let me explain.

I think most of us have had a fly in our room at some point.
Yes… this is about flies.
So yeah, a fly in the room is nothing special. Some wildlife at home, all good. But it can be REALLY annoying in the early morning, when the fly is already awake and starts landing on exposed parts of our body over and over and over, waking you up and not letting you sleep.
And before you go like “Yeah, maybe you should shower more often.” … that has nothing to do with it, okay?

Seriously though, I have had that unpleasant experience many times, when a fly would pester me in the morning. And the only way to prevent that is to remove the fly in the evening when you see it’s circling around in your room.

Problem is… flies are really hard to catch. Even with eine Fliegenklatsche (flyswatter). I don’t want to go on a hunt for 5 minutes and I don’t want to smash a fly against my wall either.

And that’s where my life hack comes in.

How to catch a fly

What makes flies so hard to hit or catch is that they have eyes all over their head and when something is approaching, they jump off wherever they are sitting.

However, what they actually primarily react to is a change in lighting. You move an object closer, it’ll throw some shade and that’s what makes them leap off the wall and fly away.
And here’s where the life hack comes in:

Here it is again in visual form: 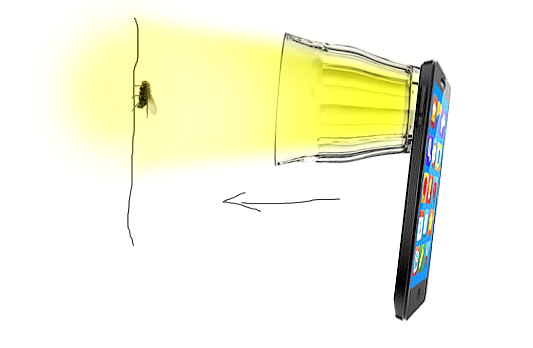 The cool thing here is that the fly won’t do anything while you approach with the glass. It won’t even move. Because there’s no shade coming, the light is just getting stronger and the fly thinks everything is A okay.

Once you’ve trapped in in the glass, just slide a piece of cardboard or a paper between the wall and the glass and boom. You got it.

Now, if the flies hang out on your ceiling, that’s of course a bit more difficult, but if you put a light source down low, like a desk lamp or something, and then you “agitate” the fly with a towel, chances are it’ll land closer to the light and hence, closer to your reach.

So there you have it… that’s my life hack for catching flies. It works really really well for me and ever since I started doing this, having a fly in the room at night is not an issue anymore. One minute and it’s gone. No chasing, no wildly slapping around with the swatter.
Let me know in the comments what you think about this, and also, what are some life hacks that YOU regularly use in daily life.
I know that there are plenty of life hack channels on Youtube and TikTok, but most of that stuff is never actually used. So yeah, share your favorites in the comments, have a great day, and I’ll see you tomorrow.